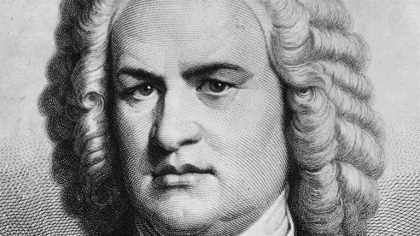 Shortly after accepting a position as organist at St. Blasius’s in Germany, composer Johann Sebastian Bach marries his second cousin, Maria Barbara Bach. The couple had seven children together, but only four survived to adulthood.

Death of Johann Hummel in Weimar, Germany. The composer, Hummel, studied in Vienna with Mozart. During his studies he lived for two years in Mozart’s house. He also took further instruction later with Haydn and Salieri. He composed 9 operas, 3 masses, piano works and chamber music.

Birth of Georg Büchner in Goddelau, Germany. In his short life (death in 1837) and relatively small number of works, Büchner achieved a central position in the history of German literature. His radical political pamphlet, Der hessische Landbote (1934), produced while still a student, necessitated his flight from Germany. His drama, Dantons Tod (1835), and his comedy, Leonce und Lena (1836) are filled with a unique social criticism. His fragment, Woyzeck (1836), likewise rich in social criticism, became the text of the opera by Alban Berg, Wozzeck (1925) and a film by Werner Herzog (1978).

Birth of Emanuel von Geibel in Lübeck, Germany. Geibel was a poet and member of the “Gesellschaft der Krokodile”, a society of writers assembled in Munich by Maximilian II of Bavaria. Titles of characteristic poetry by Geibel include Der Mai ist Gekommen, Wer recht in Freuden wandern will, Und dräut der Winter noch so sehr and Heroldsrufe. 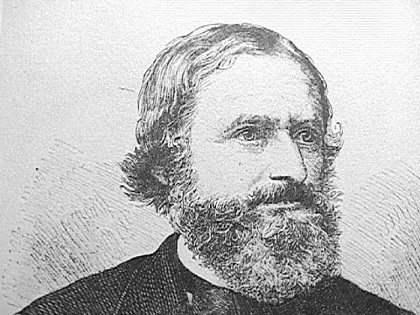 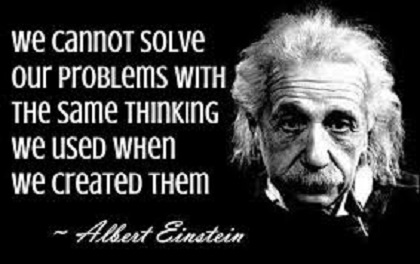 Albert Einstein, a German scientist, arrives in the United States.

Death of the Social Democrat and Marxist, Karl Kautsky, in Amsterdam. He had fled to the Netherlands due to the rise of the Nazis in his native Austria.

Death of Bernhard Kellermann in Potsdam, Germany. Kellermann was a journalist and novelist. Among his novels are, Das blaue Band (1938) which tells the story of the Titanic, Der 9. November (1921) which narrates the insurrection of 1918 and his best known novel, a novel of a technological utopia, Der Tunnel (1913).

West German commandos take back a hijacked Lufthansa plane in Mogadishu, Somalia, free all 86 hostages and kill 3 of the 4 hijackers.

Death of Berthold Goldschmidt in London (born in Hamburg, Germany). He had just begun to establish a reputation as a composer when the Nazis came to power and his work was banned. He fled to England where he was relegated to obscurity until the 80’s when there was renewed interest in his work.

Elfriede Jelinek, a feminist writer in Austria, is presented with the Büchner-Prize from the German Academy for Language and Literature (Deutsche Akademie für Sprache und Dichtung). Noted works by Jelinek include “Lust”, “Die Kinder der Toten” and “Sportstück” (reported at the time of selection in May, 1998). 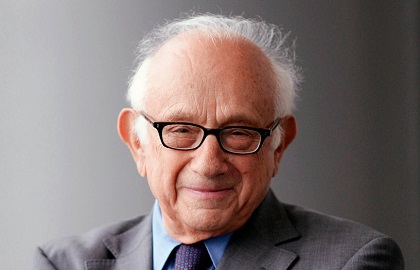 The historian Fritz Stern is given the Peace Prize of the German Book Association. The ceremony is held at the Church of St. Paul in Frankfurt am Main.