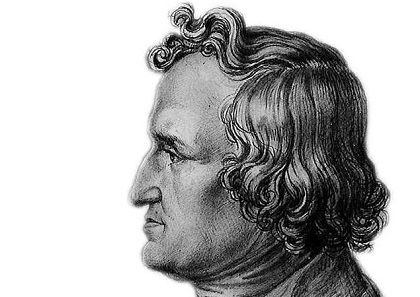 Death of Jakob Grimm in Berlin, Germany. Along with his brother Wilhelm he is known most for the Grimms’ fairy tales, published as Kinder- und Hausmärchen. (1812-1822). But the brothers did a huge amount of work which is equally important but less known. Between 1816-18 they published Deutsche Sagen, a collection of German legends. Between 1819 and 1837 Jakob prepared a complete German grammar, Deutsche Grammatik. His work in linguistics led to a new science. Grimm’s Law in linguistics is named for Jakob Grimm. He further published an analysis of ancient Germanic law, Deutsche Rechtsaltertümer. The most extensive work undertaken by the brothers was the complete German dictionary, Deutsches Wörterbuch. The work was so extensive that neither lived to see it completed. Scholars continued the work after the Grimms’ deaths and finally finished it about a century after they had started it. Jakob also published a history of the German language, Geschichte der deutschen Sprache.

Birth of Matthias Erzberger in Buttenhausen, Germany. Erzberger, a member of the Catholic Center Party, worked toward the peace to end WWI and was a signatory of the Armistice in 1918. Later he was first berated by right extremist groups and in 1921 shot to death by right-wing radicals. 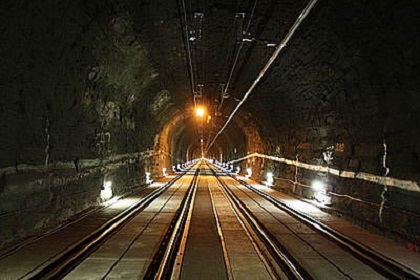 A 6.2 mile tunnel, the Arlberg Tunnel, is completed in the Austrian Alps.

Death of Heinrich Hoffmann in Frankfurt am Main. Hoffmann is most widely known as the author of Struwwelpeter.

German rocket engineers who have been captured at the end of the War and been brought to the US, start work on the American rocket program. 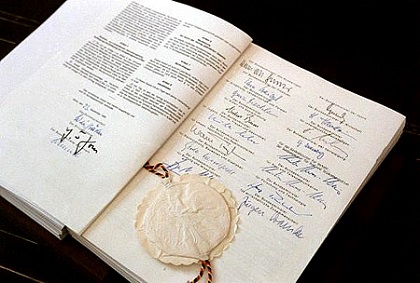 The two Germanys ratify a treaty of unification. A reunification treaty between West Germany and the GDR was negotiated in mid-1990, signed on 31 August of that year and finally approved by large majorities in the legislative chambers of both countries on 20 September 1990. The amendments to the Federal Republic’s Basic Law that were foreseen in the Unification Treaty or necessary for its implementation were adopted by the Federal Statute of 23 September 1990. After that last step Germany was officially united at 00:00 CET on 3 October 1990. East Germany joined the Federal Republic as the five states of Brandenburg, Mecklenburg-Vorpommern, Saxony, Saxony-Anhalt and Thuringia. These states had been the five original states of East Germany, but had been abolished in 1952 in favor of a centralized system. As part of the 18 May treaty, the five East German states had been reconstituted on 23 August. At the same time, East and West Berlin reunited into one city, which became a city-state along the lines of the existing city-states of Bremen and Hamburg. 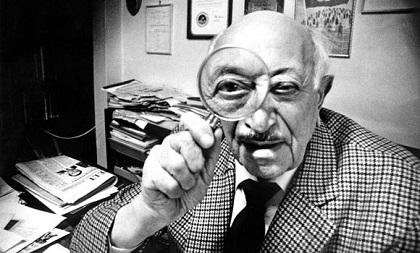 Simon Wiesental dies at age 96 at his home in Vienna. He was an Austrian Holocaust survivor who became famous after World War II for his work as a Nazi hunter. After four and a half years in the German concentration camps such as Janowska, Plaszow, and Mauthausen during World War II, Wiesenthal dedicated most of his life to tracking down and gathering information on fugitive Nazis so that they could be brought to justice for war crimes and crimes against humanity.