Feast day of St. Mauritius ( ? – ca. 302). St. Mauritius (or St. Maurice) was one of the 66 Christian legionnaires who was martyred after torture, refusing to pay homage to the pagan gods. He was beheaded in St. Maurice, Switzerland. The Augustinian monastery of St. Maurice stands today at the site of the martyrdom. His designation as a saint predates the formal practice of canonization by a Pope. His feast day is September 22 in both the Catholic and Lutheran traditions. In the Swiss farm legends it is said that bad weather on St. Mauritius day foretells damage and frustration. (Gewitter um Mauritius bringt Schaden und Verdruss.)

The Peace of Basel concludes the final war of Swiss independence. The Emperor of the Holy Roman Empire, Maximilian I had attempted to retake Switzerland, but was fought off.

Death of Johann Agricola (Johann Schneider) in Berlin. He was a friend and supporter of Martin Luther. Agricola became a strong proponent of the concept that Christian grace replaces the Ten Commandments, which would no longer, then, have force. These views led to a cooling of relations with Luther. In 1584 Agricola was called upon to draft the Augsburg agreement, which for a time settled difficulties between Protestants and Catholics.

Death of Georg Philipp Harsdörfer in Nürnberg, Germany. Harsdörfer was a Baroque poet and theorist. In the Baroque period in Germany many literary societies were founded to promote the arts. Harsdörfer was one of the founders of one of the more important of these, the Pegnitzer Hirtengesellschaft. His book on theory became one of the more significant of the period, Poetischer Trichter, die Teutsche Dicht und Reimkunst, ohne Behuf der Lateinischen Sprache, in sechs Stunden einzugiessen. (Baroque writers liked long titles.) Among his collections of poetry is Pegnesisches Schäfergedicht (1644).

Death of August Wilhelm Iffland in Berlin, Germany. In 1779 Iffland played the role of Franz Moor in Friedrich von Schiller‘s Die Räuber. He remained in Mannheim where he wrote plays, directed and acted. In 1798 he became the manager of the Berlin National Theater and in 1811 was advanced to the director of all Prussian theaters. He wrote his autobiography Meine theatralische Laufbahn in 1798.

Birth of Barthold Heinrich Brockes in Hamburg, Germany. Brockes was a poet of the Enlightenment period.

Birth of Erich von Stroheim in Vienna, Austria. Von Stroheim was a film director and actor. He moved to the United States in 1914. His first film was Blind Husbands. Other notable films are Greed, The Merry Widow, and Queen Kelly. He ultimately gave up directing and returned to Europe as an actor. Stroheim died in 1957.

Birth of Eugen Sänger in Pressnitz, Austria-Hungary. Sänger was a rocket propulsion engineer. In 1933 he designed a high altitude rocket plane. He directed the rocket program of the German Aviation Research Institute from 1936-1945 and worked for the French from 1946-1954. He ended his career as an instructor at the West Berlin Technological University. Sänger died in 1964.

Death of Melanie Klein in London, England (born in Vienna, Austria). Klein specialized in the psychoanalysis of children using free play with toys as a method of analysis. She held a position at the Berlin Psychoanalytic Institute before immigrating to England in 1926. Klein wrote, The Psychoanalysis of Children (1932), Envy and Gratitude (1957) and Narrative of a Child Analysis (1961).

Death of Othmar Herman Ammann in Rye, New York (born in Schaffhausen, Switzerland). Ammann immigrated to the United States in 1904 where he became a bridge engineer. He was involved in the design and building of the Queensboro bridge, the Hell Gate Bridge and the George Washington Bridge in New York City. He was also involved in building the Lincoln Tunnel and the Golden Gate Bridge in San Francisco. He was the chief engineer of the Port of New York Authority from 1930-37 and the New York director of engineering from 1937-39. 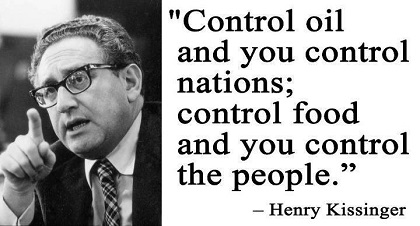 Heinz Alfred “Henry” Kissinger, a German immigrant, is sworn in as Secretary of State. He is a German-born American writer, political scientist, diplomat, businessman, and also a recipient of the Nobel Peace Prize.

Death of Axel Springer in West Berlin, Germany. Springer was the founder of the Axel Springer Verlag, one of the largest publishing companies in Europe. He started with his father’s paper, the Altonaer Nachrichten. Important publications in the Springer group include, Die Welt, Bild-Zeitung, Hamburger Abendblatt, Berliner Morgenpost, Ullstein Publishing and Propyläen Publishing. In 1960 Springer moved his publishing headquarters from Hamburg to Berlin in a protest over the division of Berlin.

German federal elections. The coalition of the SPD and the Green party win a narow election. Gerhard Schröder will continue as chancellor for another term. The candidate of the CDU/CSU was Edmund Stoiber of Bavaria. In the election the SPD received 38.5% of the vote, the CDU/CSU 38.5%, the Greens 8,6%, the FDP 7.4%, the PDS 4.0% and others 3.0%.