Birth of Cosmas Damian Asam in Benediktbeuren, Germany. He and his brother, Egid Quirin were leading masters of the baroque style of illusionist decoration in the late baroque period. 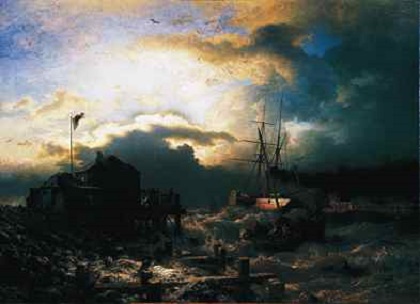 Sunset after a Storm, Andreas Achenbach

Birth of Andreas Achenbach in Kassel, Germany. Achenbach was a landscape painter in the early part of the period of Realism. A number of his finest works are to be found at the Berlin National Gallery, the New Pinakothek in Munich, and the galleries at Dresden, Darmstadt, Cologne, Düsseldorf, Leipzig and Hamburg. Many of his paintings are in galleries in the United States.

Birth of Walther Rathenau in Berlin, Germany. It was Rathenau who directed the organization of the German economy to a war status during WWI. He was the son of Emil Rathenau, who had founded the Allgemeine-Elektrizitäts-Gesellschaft (AEG). As WWI started, Walther Rathenau was the head of AEG. He was active in the development of workers’ rights (Mitbestimmung) during the days of the Weimar Republic. Rathenau was assassinated by right wing radicals on June 24, 1922 in Berlin. 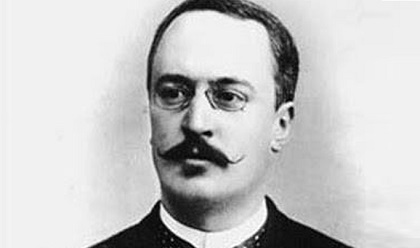 Death of Rudolf Diesel on a ship on the English Channel. It was he who had invented the Diesel engine which now bears his name. Diesel was an engineer who did his college work at the Technische Hochschule in Munich. He patented his engine in 1892 but did not have it working to his satisfaction until 1897. In the years that followed he had huge problems with legal and financial matters. There has been some speculation that his disappearance from the ship in 1913 may have been suicide.

Munich Accord giving Germany the Sudetenland (Chamberlain: “Peace in our times.”) In 1938 amid growing concern about Adolf Hitler’s aims, the British prime minister, Nevil Chamberlain traveled to Munich to try to make a deal with Hitler. It was there on the 29th and 30th of September, 1938 that Hitler and Chamberlain signed the Munich Accord. Chamberlain returned to London with the paper announcing that he had secured “Peace in our time” with the compromises made at Munich. Hitler viewed it as a green light to take over Czechoslovakia and prepare for his next conquest.