German Socialist Luise Zietz proposed the establishment of an annual International Woman’s Day and was seconded by fellow socialist and later communist leader Clara Zetkin, supported by Käte Duncker, although no date was specified at that conference. Delegates (100 women from 17 countries) agreed with the idea as a strategy to promote equal rights including suffrage for women. The following year on March 19, 1911, International Woman’s Day was celebrated for the first time, by over a million people in Austria, Denmark, Germany and Switzerland.

Therefore, on International Women’s Day, it’s only right that we celebrate the German women who have impacted the face of politics, sports, film, and everyday life. 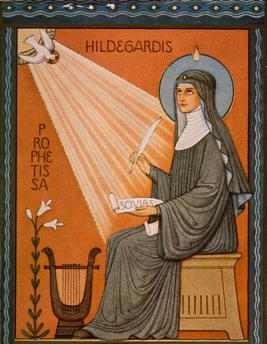 Saint Hildegard von Bingen (1098-1179) was a nun born in the Holy Roman Empire. She is known for having visions of the holy ghost, which she called “The Shade of the Living Light.” She saw her first vision when she was three years old, and after that went on to compose music and write theological texts that were inspired by her regular visions. She is also known for her botanical and medical texts and other scientific writings, marking her as a pioneer in her time for women in the natural sciences. Von Bingen was canonized a saint and in 2012 was named a Doctor of the Church, a title given only to those saints who contributed heavily with their theological writings. She is only one of four women to be given this title.

Marlene Dietrich (1901-1992) was a household name in both Germany and the US in the 1930s and 40s. Dietrich was born in Germany and began her acting career in Berlin. She later moved to the US to pursue her Hollywood dream. Her breakthrough film, The Blue Angel, was filmed in Germany and hit theaters in 1930. From then on, she was one of Hollywood’s best loved and best paid actresses. Dietrich was staunchly anti-Nazi, and, even after the Nazi party approached her to become and icon for Germany, she turned them down and instead became a US citizen. Dietrich was one of the first celebrities to raise war bonds. She is also one of the only celebrities to take her USO tours to the front lines of Italy, France, and even Germany. She was awarded the Medal of Freedom by the US in 1945. After the fall of the Berlin Wall, Dietrich was laid to rest next to her mother in Berlin. 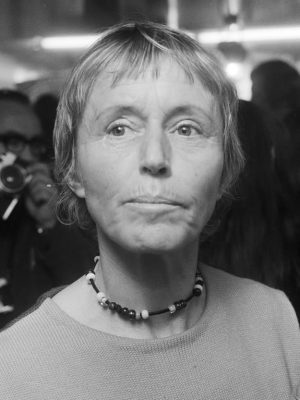 Beate Uhse (1919-2001) was a pilot during WWII. She got her start as a pilot before the war, when she was Germany’s first and only female stunt pilot. At the end of the war, she rescued her son and his nanny from Berlin and was then captured by British Troops. After the war, Uhse, along with all Luftwaffe pilots, was banned from ever flying again. Her husband had died during the war and she had no source of income to care for her two-year-old son. In order to make ends meet, Uhse began selling pamphlets door to door to women who were having trouble conceiving, or, conversely, trying to avoid conception. Horrified by the amount of women who were turning to back-alley abortions and seriously harming themselves, Beate Uhse began selling marriage guides called “Pamphlet X”, which offered tips for women to prevent pregnancy. Soon, she had started a mail order company that offered condoms and books on “marital hygiene”. In 1962, she opened the “specialty store for marital hygiene,” the first sex store in the world. Uhse championed women’s reproductive rights and health and was a pioneer for safe sex and sex education in Germany. She received the Federal Cross of Merit in 1989 for her work. 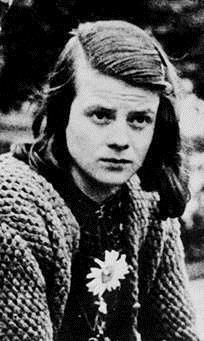 Sophie Scholl (1921-1943) was only 21 years old when she was executed for high treason in 1943. She, along with her brother Hans were activists in the resistance group the White Rose during WWII. Scholl’s roots as an activist stem from the first time she read Cardinal John Henry Newman’s sermons, after which she became a devout Catholic. She and her friends founded the White Rose after being inspired by Newman’s anti-Nazi sermons. She and her brother were arrested for distributing anti-Nazi leaflets that preached non-violence and acceptance. After her death, the sixth and final leaflet was smuggled out of Germany and allied forces dropped millions of copies over Germany. The set of leaflets was later renamed The Manifesto of the Students of Munich. Sophie Scholl became a symbol after the war for resistance and courage. 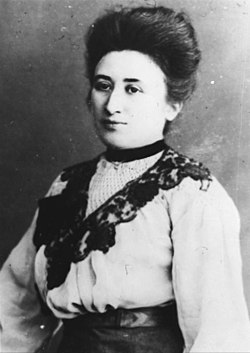 Rosa Luxemburg (1871-1919) was a Marxist philosopher and economist in the late 19th and early 20th century. She was born in Poland, but became a naturalized German citizen in 1898. During WWI, Luxemburg was an avid anti-war activist and was jailed for distributing anti-war pamphlets and protesting. She was released from jail in 1918, however was murdered not even a year later. Luxemburg advocated pacifism and free thought and held the violent power grabs across Europe and Russia during and after the war in contempt. She is remembered today as one of the only female socialist revolutionaries in Europe.

“Without general elections, without unrestricted freedom of press and assembly, without a free struggle of opinion, life dies out in every public institution, becomes a mere semblance of life, in which only the bureaucracy remains as the active element.” 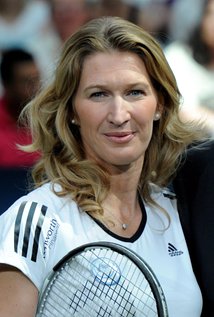 Steffi Graf (b. 1969) was a tennis sensation in the late 80’s and early 90’s. She is the only player ever to win each of the grand slams four times, and has the second most grand slam wins of any tennis player ever, behind Margaret Court. She has two Olympic gold medals under her belt, along with one silver and bronze. Graf began playing tennis when she was four years old and won her first tournament at five. She was ranked number one for a record 377 weeks. Steffi Graf is an icon for athletes of all nationalities and genders. 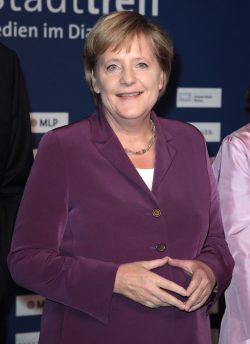 Angela Merkel was born in the former West Germany, but her family moved to East Germany when she was very young. She went to primary school, high school, and college in the former DDR and studied physics and chemistry. She was awarded her doctorate in 1990 for her thesis in quantum chemistry. Merkel was elected into the Bundestag in the first election after reunification and represented the district Stralsund – Nordvorpommern – Rügen. The rest, as they say, is history: Merkel went on to be elected the leader of her party, the CDU, and in 2005 she became the first female Chancellor in German history. She is widely regarded as one – if not the – most powerful women in the world. She has navigated Germany through conflicts, crisis, and celebration and was recently elected to her third term as Chancellor.

The Trümmerfrauen, literally “women of the rubble”, were the women who rebuilt Germany. After the Second World War, there were around seven million more women than men left in Germany. Along with that, there was an estimated 400 million cubic meters of rubble to be cleared and four million homes to be rebuilt. For months after the end of the war, women aged 15-50, some volunteers, others contracted, set to work to build the country back up. There were a few rough years directly after the year, but after the rubble was cleared and the Marshall Plan went into full swing, West Germany’s economy recovered tenfold and, by the late 1950s, the economic miracle had taken hold. Without these brave women, Germany may never have fully recovered from the devastation of the war.