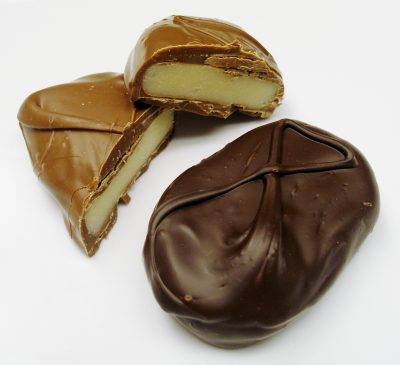 Marzipan is a confection consisting primarily of sugar or honey and almond meal (ground almonds), sometimes augmented with almond oil or extract.

It is often made into sweets. Common uses are chocolate-covered marzipan and small marzipan imitations of fruits and vegetables. It can also used in biscuits or rolled into thin sheets and glazed for icing cakes, primarily birthday, wedding cakes and Christmas cakes.

Although it is believed to have originated in Persia (present-day Iran) and to have been introduced to Europe through the Turks, there is some dispute between Hungary and Italy over its origin. Marzipan became a specialty of the Baltic Sea region of Germany. In particular, the city of Lübeck has a proud tradition of marzipan manufacture (Lübecker Marzipan).

Since the 18th century, confectioners in Lübeck have used almond paste to produce the finest marzipan. 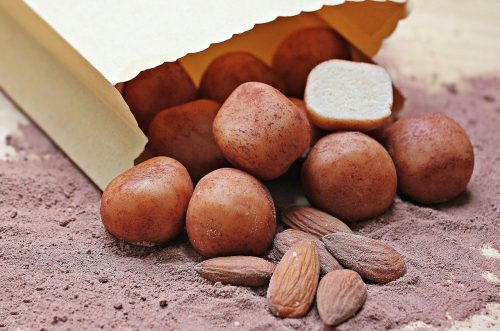 Once the indulgence of kings, it’s now available to everyone, and no trip to the Hanseatic city would be complete without a taste of the treat, and a visit to the attractions honoring it.

Normally when people produced marzipan in the Middle Ages, they put a lot of sugar in, and only a few almonds. By contrast, confectioners here in Lübeck said they would like to produce marzipan with a lot of almonds and only a little sugar. In the end it’s that which helped Lübeck become the main center of marzipan in the world. 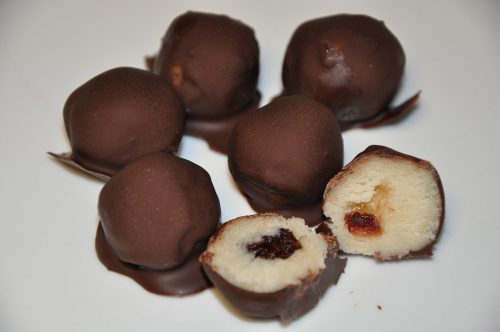 The famous marzipan manufacturer Niederegger has played a key role in the history of Lübeck’s marzipan. Its main branch opened in 1806 next to the city’s attractive Rathaus (Town Hall), at the center of the beautiful Unesco-listed Old Town. It’s still there today, and the top level of the building features a free museum, the Marzipan Salon. Niederegger still guarantee their marzipan to contain two-thirds almonds by weight, which results in a juicy, bright yellow product of highest quality. Historically, the city of Königsberg in East Prussia was also renowned for its distinctive marzipan production. Königsberg marzipan remains a special type of marzipan in Germany that is golden brown on its surface and sometimes embedded with marmalade at its center.