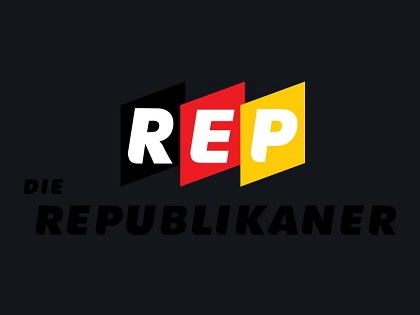 In the early 1990s, the rallying cry of the far right was “Germany for the Germans.” This slogan appeals to many Germans, particularly young, male, rural, less educated, blue-collar workers who fear for their economic future and regard the large pool of asylum-seekers as competitors for housing, social programs, and jobs. These particular Germans are also uneasy about greater integration within the European Union, which, in their minds, requires Germany to forfeit too much of its identity and share too much of its prosperity. According to some observers, the far right’s electoral support represents, in part, a protest vote against the mainstream parties. German politicians repeatedly remark on the electorate’s Politikverdrossenheit –a deep disaffection with all things political.

Franz Schoenhuber, a one-time Bavarian television moderator and former officer in the Nazi Waffen-SS, formed the Republikaner in 1983 from a group of discontented members of the CSU. Schoenhuber published a book in 1981 boasting of his experiences in the Waffen-SS but has staunchly denied that his party has neo-Nazi leanings. Elected to the European Parliament in 1989, Schoenhuber, over seventy years old in mid-1995, tried to portray the party as a mainstream group that does not promote bigotry but merely protects German national interests. The party platform speaks for itself. In it, the Republikaner blame foreigners, who make up about 8 percent of the German population, for the housing shortage, street crime, and pollution. Among other things, the party has proposed banning Islamic community centers from sponsoring political or cultural activities other than prayer, and it has advocated putting asylum-seekers in collection camps “to minimize the native population’s existing and growing antipathy toward foreign residents.” The party platform also proposes creating separate classes for foreign schoolchildren, and it rejects “the multicultural society that has made the United States the world’s largest showplace of crime and latent racial conflict.” Reportedly, the Republikaner attracted about 5,000 new members in eastern Germany in 1992 and 1993. Schoenhuber contends that support in the east comes from young Germans between twenty and thirty years of age, whereas in the west support comes from members of his own generation. Schoenhuber, the party’s only nationally known figure, was deposed as party leader in the fall of 1994 because he had proposed that his party join forces with the more extreme DVU.

Gerhard Frey, the Munich publisher of two weekly neofascist newspapers, Deutsche National-Zeitung (print run 63,000) and Deutsche Wochen-Zeitung (20,000), founded the DVU in 1971. The DVU espouses many of the views held by the Republikaner, but it goes one step further in tacitly supporting violence against asylum- seekers and foreign workers. Frey, over sixty years old in mid-1995, has sought to distance himself from pro-Nazi sentiments while simultaneously insisting that most Germans want to live in a racially pure country.

Germany’s domestic intelligence agency, the Federal Office for the Protection of the Constitution (Bundesamt fuer Verfassungsschutz–BfV), announced in April 1992 that the DVU was under surveillance to determine if the party met the legal definition of “antidemocratic,” a classification that would permit the government to ban it. A similar investigation of the Republikaner was announced in December 1992. Such surveillance legally can include government infiltration of the party, monitoring of mail and telephone calls, and interrogation of party members. The BfV has classified both parties as “right-wing extremist” and “constitutionally hostile.”