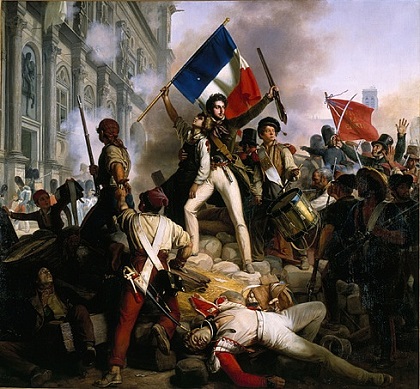 The French Revolution, which erupted in 1789 with the storming of the Bastille in Paris, at first gained the enthusiastic approval of some German intellectuals, who welcomed the proclamation of a constitution and a bill of rights. Within a few years, most of this support had dissipated, replaced by fear of a newly aggressive French nationalism and horror at the execution of the revolution’s opponents. In 1792 French troops invaded Germany and were at first pushed back by imperial forces. But at the Battle of Valmy in late 1792, the French army, a revolutionary citizens’ army fighting on its own soil, defeated the professional imperial army. By 1794 France had secured control of the Rhineland, which it was to occupy for twenty years.

During the Rhineland occupation, France followed its traditional policy of keeping Austria and Prussia apart and manipulating the smaller German states. In observance of the Treaty of Basel of 1795, Prussian and German forces north of the Main River ceased efforts against the French. Austria endured repeated defeats at the hands of the French, most notably at the Battle of Austerlitz in 1805. At this battle, Russians fought alongside Austrians against the French, who were aided by forces from several south German states, including Bavaria, Baden, and Wuerttemberg.

Prussia reentered the war against France in 1806, but its forces were badly beaten at the Battle of Jena that same year. Prussia was abandoned by its ally Russia and lost territory as a result of the Treaty of Tilsit in 1807. These national humiliations motivated the Prussians to undertake a serious program of social and military reform. The most noted of the reformers–Karl vom Stein, Karl August von Hardenberg, Wilhelm von Humboldt, and Gerhard von Scharnhorst, along with many others–improved the country’s laws, education, administration, and military organization. 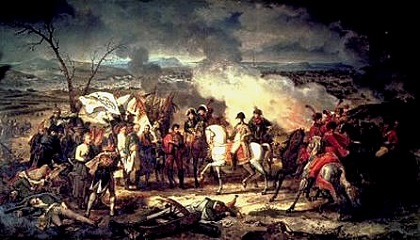 Scharnhorst, responsible for military reforms, emphasized the importance to the army of moral incentives, personal courage, and individual responsibility. He also introduced the principle of competition and abandoned the privileges accorded to nobility within the officer corps. A revitalized Prussia joined with Austria and Russia to defeat Napoleon at the Battle of Leipzig in late 1813 and drove him out of Germany. Prussian forces under General Gebhard von Bluecher were essential to the final victory over Napoleon at the Battle of Waterloo in 1815.

Despite Napoleon’s defeat, some of the changes he had brought to Germany during the French occupation were retained. Public administration was improved, feudalism was weakened, the power of the trade guilds was reduced, and the Napoleonic Code replaced traditional legal codes in many areas. The new legal code was popular and remained in effect in the Rhineland until 1900. As a result of these reforms, some areas of Germany were better prepared for the coming of industrialization in the nineteenth century. 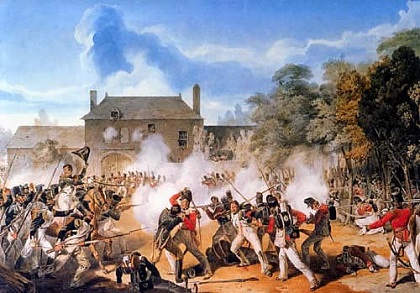 French occupation authorities also allowed many smaller states, ecclesiastical entities, and free cities to be incorporated into their larger neighbors. Approximately 300 states had existed within the Holy Roman Empire in 1789; only about forty remained by 1814. The empire ceased to exist in 1806 when Francis II of Austria gave up his imperial title. In its place, Napoleon had created the Confederation of the Rhine, made up of the states of western and southern Germany, under French direction. Austria and Prussia were not members. The confederation was to provide Napoleon with troops for his military campaigns. After his defeat, the confederation was dissolved.