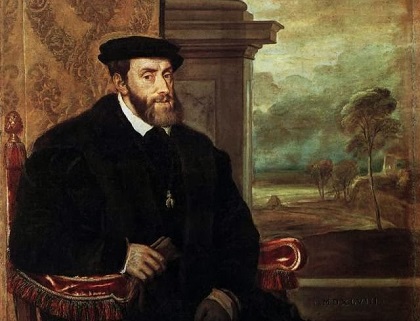 Although Lutheranism had powerful supporters, its survival was by no means certain. Its main opponent was the Habsburg emperor Charles V, who had inherited Spain, the Netherlands, southern Italy, Sicily, and the Austrian lands as patrimony and who hoped to restore the unity of the German Empire by keeping it Roman Catholic.

Charles had been out of Germany between 1521 and 1530, and when he returned he found that the new religion had won too many adherents to be easily uprooted. In addition, he could not devote himself single-mindedly to combating it but also had to struggle with powerful external enemies. One was Francis I (r. 1515-47) of France, who attacked the empire from the west, having resolved to destroy the power of the Habsburgs. Another threat was posed by the Turks, who were attacking the empire from the east. Even the papacy at times conspired against its coreligionist because it feared Charles was becoming too powerful.

Within Germany, forces were also arrayed against Charles. In 1531 Protestant leaders created the League of Schmalkalden to oppose him. By 1545 northeastern and northwestern Germany and large parts of southern Germany had become Protestant. Despite the significant victory over the Protestants at the Battle of Mühlberg in 1547, Charles still was not powerful enough to impose his will on the German princes.