The Allies agreed that Germany should never again have the opportunity to destroy European peace as it had in the two world wars. A principal aim of the Allies was to prevent the resurgence of a powerful and aggressive Germany. As a first step toward demilitarizing, denazifying, and democratizing Germany, the Allies established an international military tribunal in August 1945 to jointly try individuals considered responsible for the outbreak of the war and for crimes committed by the Hitler regime. Nuremberg, the city where the most elaborate political rallies of the Hitler regime had been staged, was chosen as the location for the trials, which began in November 1945. 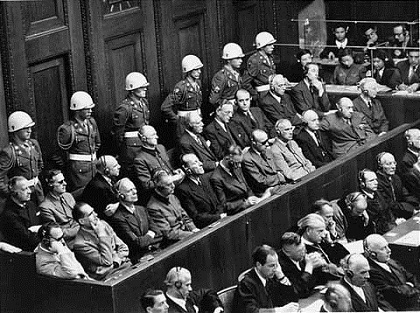 On trial were twenty-two men seen as principally responsible for the National Socialist regime, its administration, and the direction of the German armed forces, the Wehrmacht. Among the defendants accused of conspiracy, crimes against peace, crimes against humanity, and war crimes were Hermann Goering, Wilhelm Keitel, Joachim von Ribbentrop, Rudolf Hess, and Albert Speer. Although many Germans considered the accusation of conspiracy to be on questionable legal grounds, the accusers were successful in unveiling the background of developments that had led to the outbreak of World War II, as well as the extent of the atrocities committed in the name of the Hitler regime. Twelve of the accused were sentenced to death, seven received prison sentences, and three were acquitted.

The trials received wide publicity in Germany and throughout the world. Although many Germans maintained that it would have been better if the defendants had faced a German tribunal rather than one imposed by the war’s foreign victors, they agreed that the trials made public much information about the mass murders and other crimes that otherwise might not have come to light. The German people and the rest of the world reacted with horror and dismay to the revelations. The trials of these more prominent figures of the Hitler regime were followed by the trials of thousands of lesser offenders.

The Allies did not seek merely to punish the leadership of the National Socialist regime, but to purge all elements of national socialism from public life. One phase of the denazification process dealt with lower-level personnel connected with the Nazi regime. Their pasts were reviewed to determine if the parts they had played in the regime were sufficiently grievous to warrant their exclusion from roles in a new Germany’s politics or government. Germans with experience in government and not involved in the Nazi regime were needed to cooperate with occupation authorities in the administration of the zones.

The process of denazification was carried out diversely in the various zones. The most elaborate procedures were instituted in the United States zone, where investigated individuals were required to complete highly detailed questionnaires concerning their personal histories and to appear at hearings before panels of German adjudicators. In the British and French zones, denazification was pursued with less vigor because the authorities thought it more important to reestablish a functioning bureaucracy in their sectors. 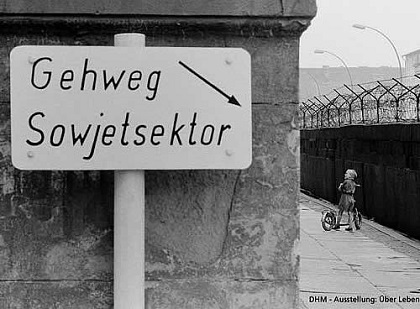 Denazification was most rigorous in the Soviet sector. Civil servants, teachers, and legal officials with significant Nazi pasts were thoroughly purged. Denazification was also used as an instrument for seizing the resources of the so-called “class enemy”: former Nazis who owned factories or estates were denounced and their property confiscated. After participating in the social transformation, some former Nazis were pardoned and even gained high positions within the new communist ruling class.

The denazification process mandated that simpler cases involving lesser offenders be tried before more complicated cases involving officials higher up in the Nazi regime. With time, however, prosecution became less severe, and the United States came to be more concerned with the Cold War. When denazification ended in March 1948, the more serious cases had not yet been tried. As a result, numerous former Nazi functionaries escaped justice, much to the regret of many Germans.