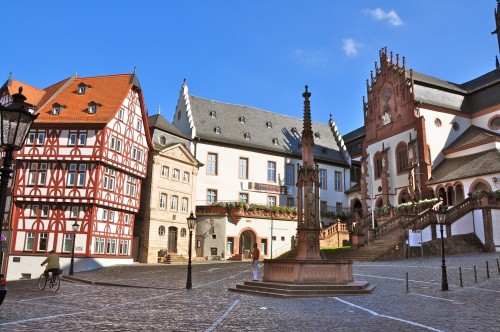 Aschaffenburg belonged to the Archbishopric of Mainz for more than 800 years. The city is located at the westernmost border of Lower Franconia and separated from the central and eastern part of the administrative district by the Spessart hills, whereas it opens towards the Rhine-Main plain in the west and north-west. Therefore, the inhabitants speak neither Bavarian nor East Franconian but rather a local version of Rhine Franconian. 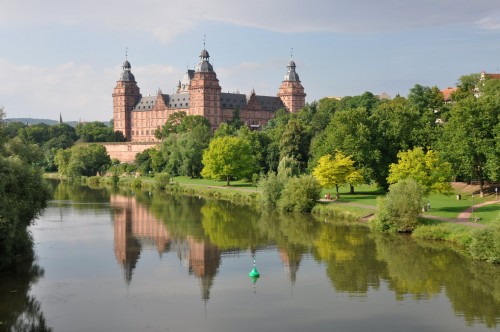 The town is located on both sides of the River Main in the southwest part of Germany, 41 kilometers (25 mi) southeast of Frankfurt am Main. The second river is the small Aschaff which flows into the River Main in the western part of the city. The region is called Bayerischer Untermain or Bavarian Lower Main. 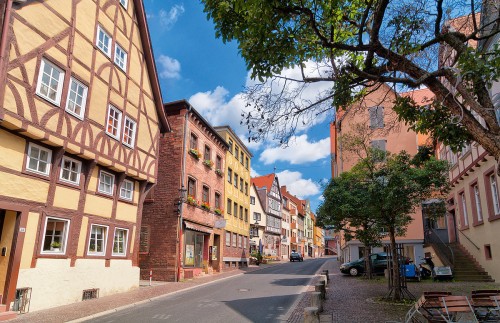 The name Aschaffenburg (Ascaffaburc, Ascapha or Ascaphaburg in the Middle Ages) originally meant “castle at the ash tree river” deriving from the river Aschaff that runs through parts of the town. 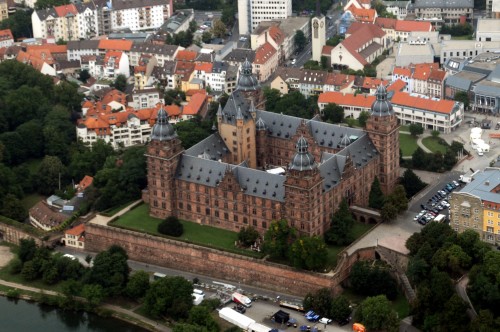 The town suffered greatly during the Thirty Years’ War, being held in turn by the various belligerents. And then again during the Battle of Dettingen, the town was occupied by French troops. It formed part of the electorate of the Archbishop of Mainz, and in 1803 was made over to Archbishop Karl Theodor von Dalberg as the Principality of Aschaffenburg. 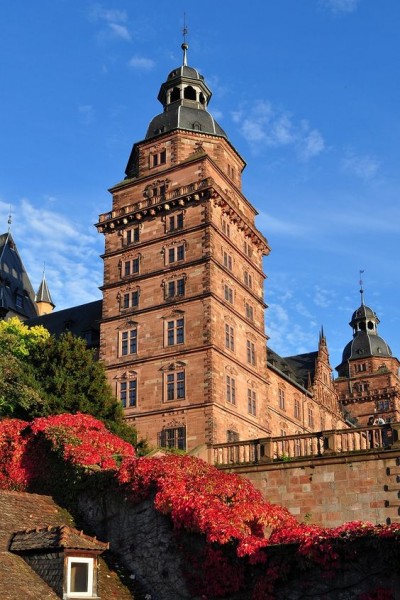 In World War II, Aschaffenburg was heavily damaged by Allied area bombing, including Schloss Johannisburg which was completely restored several years later.  It was erected between 1605 and 1614 by the architect Georg Ridinger for Johann Schweikhard von Kronberg, Prince Bishop of Mainz. Until 1803, it was the second residence of the Prince Bishop of Mainz. It is constructed of red sandstone, the typical building material of the Spessart, the hills near Aschaffenburg. 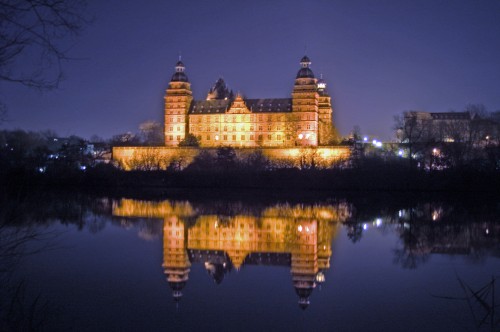 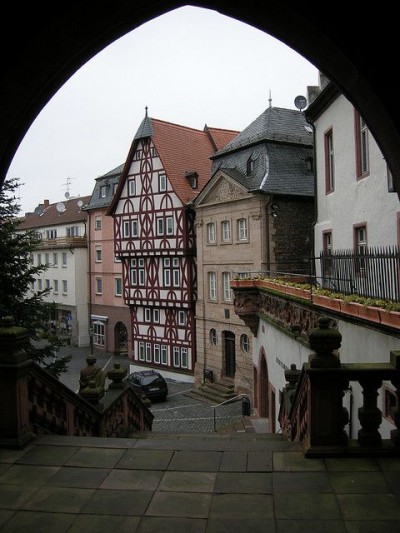