Esslingen am Neckar is a city in the Stuttgart Region of Baden-Württemberg in southern Germany, seat of the District of Esslingen as well as the largest city in the district. 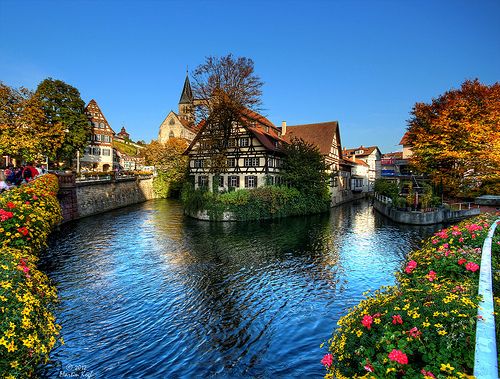 It is located on the Neckar River, about 14 km southeast of Stuttgart city center. The regions surrounding the city of Esslingen are also mostly developed. 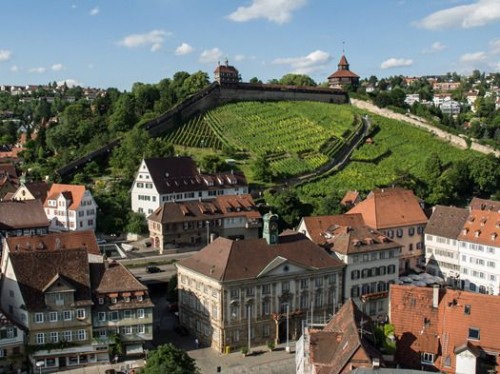 Esslingen was a free imperial city for several centuries until it was annexed by Württemberg in 1802. 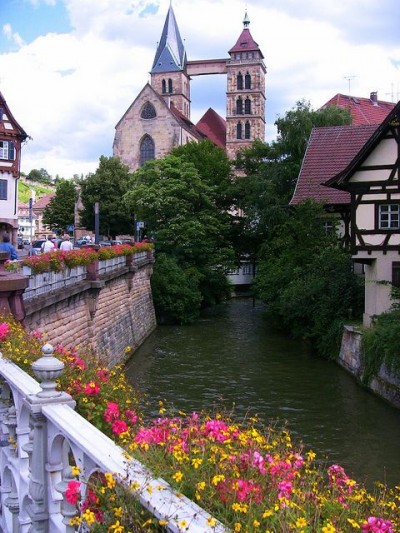 There is archaeological evidence that what is now the city of Esslingen was settled since the Neolithic. Traces of human settlement found at the site of the city church date back to around 1000 B.C. 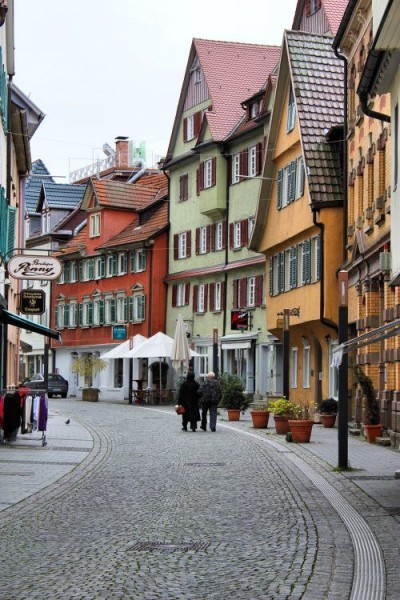 Esslingen was first mentioned in 777 as Ezelinga in the last will of Abbot Fulrad from Saint-Denis (near Paris), the chaplain of Pippin and Charlemagne. He bequeathed the church sixth cell upon the river Neckar to his monastery, Saint-Denis. He also brought the bones of Saint Vitalis to Esslingen, which made it a destination for pilgrims and led to its growth. 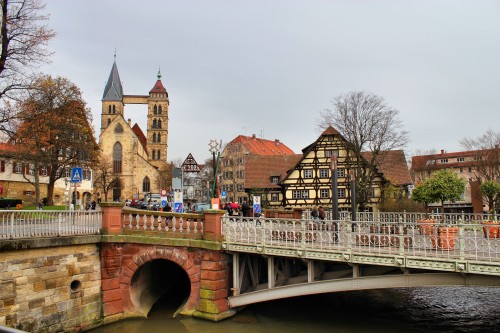 The beginning of 19th century was characterized by industrialization. Glove manufacturing, food processing, textiles, and metal working were early industries in Esslingen. On 20 November 1845 the first train ran from Cannstatt to Esslingen station.

Esslingen was occupied by U.S. soldiers in April 1945, towards the end of World War II. During the war the city suffered very little damage, thus the medieval character of its city center has been mostly preserved. 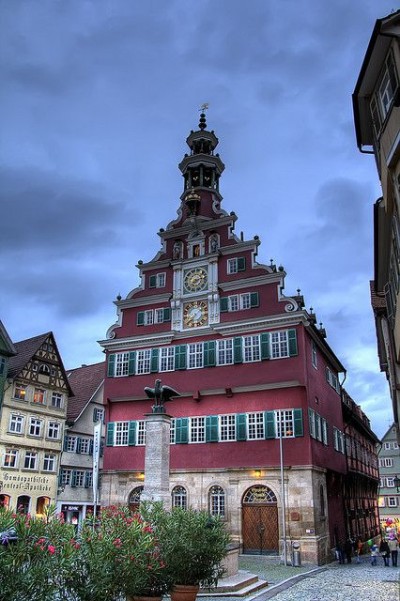 After the Second World War about 47,000 people moved to Esslingen, mostly refugees and displaced persons from East Germany. Housing developments in Oberesslingen and Zollberg were created to overcome the shortage of housing.

In 1973 Nürtingen district was merged with Esslingen am Neckar, making Esslingen the seat of a much enlarged district. 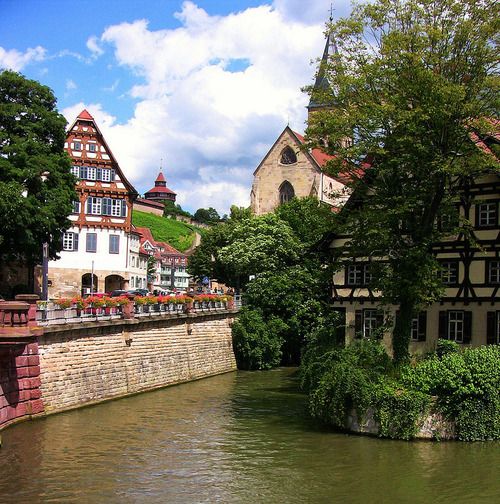