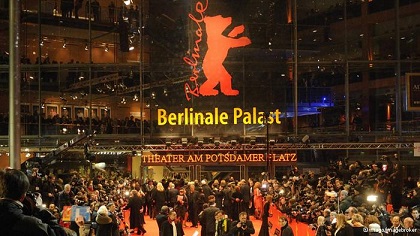 Berlinale is one of the largest film festival, a mega cultural event, one of the most important dates in the international film’s industry. More than 19,000 film professionals from 120 countries, including 3,800 journalists, are accredited for the Berlin International Film Festival every year. For two weeks, art, glamour, parties and business meet at the Berlinale.

Artists from around the world are attracted to Berlin and many consider Berlin the unofficial capital of German film. It is home to a rich cinema scene and a diverse, discerning public. For two weeks every year Berlin is totally enraptured by the Berlinale.
Around 350 films are shown every year as part of the Berlinale’s public program. The majority of which are world or European premieres. Films of every genre, length and format can be submitted for consideration.

Sections of the festival

The Berlinale’s film program is divided into six sections:

Each section is headed by a section director, who is responsible for selecting the films and is advised by the Berlinale’s correspondents and other experts.

A selection of some 60 short films is shown in the Competition , Perspektive Deutsches Kino and Generation sections. The short films were previously shown before the feature-length films. Today they are shown in groups and make up their own programming section.

The Berlinale 2007 presents the European premiere of Guy Maddin’s experimental silent film “Brand upon the Brain!” as an opera event, a restored print of the original color version of Hamlet , and a digitally remastered full length version of Rainer Werner Fassbinder’s most radical and most personal film: Berlin Alexanderplatz: Remastered.

The most important prizes at the Berlinale are the Golden and Silver Bears.They are considered to be the most respected awards in the world of film. These are awarded by the International Jury to films in the Competition. The International Jury also awards the Alfred Bauer Prize for a film that opens new perspectives in the art of filmmaking. The International Short Film Jury awards a Golden and a Silver Bear in the Short Film Competition Furthermore, the Prix UIP for best European short film is awarded by this jury.

The Crystal Bears, the main prizes in the Generation section, are awarded by a Children’s Jury and a Youth Jury. The Berlinale awards two official honors.Honorary Golden Bears honour great personalities in cinema. The Berlinale Kamera is usually presented to the personality to whom the Homage is dedicated.

A number of independent juries award several different prizes. Several of them focus on a particular section of the festival. The independent prizes include the FIPRESCI Prizes, the Prize of the Ecumenical Jury, the Wolfgang Staudte Prize, the Teddy Award and others. The audience also lets its voice be heard. All Berlinale visitors can cast their vote.