Birth of Gustav Mahler in Kaliste, Bohemia. Mahler composed 10 symphonies. His work was a significant influence on Schoenberg and Shostakovich. 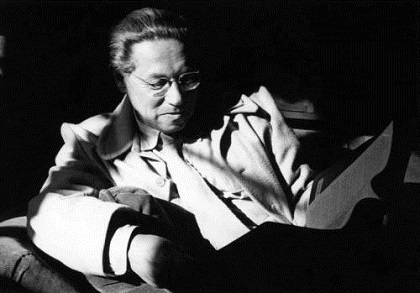 Birth of the German novelist/playwright Lion Feuchtwanger (1884-1958) in Munich, Germany. His best known novel is Jud Süß. Feuchtwanger’s fierce criticism of the Nazi Party—years before it assumed power—ensured that he would be a target of government-sponsored persecution after Adolf Hitler’s appointment as chancellor of Germany in January 1933. Following a brief period of internment in France, and a harrowing escape from Continental Europe, he sought asylum in the United States, where he died in 1958.

Death of Adalbert Falk in Hamm, Germany. He was in charge of the “Kurlturkampf” against the Roman Catholic Church. His title was, Minister of Ecclesiastical Affairs and Education. 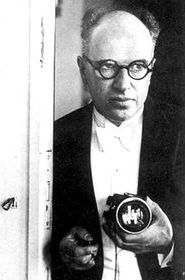 Death of Erich Salomon in Auschwitz, Poland (born in Berlin, Germany). Salomon was a photographer who specialized in candid photographs of politicians and celebrities. He was the first to break with the tradition of showing leaders only in formal poses. At one point he was called “the king of indiscretion”. As the world grew accustomed to this kind of photography, however, he developed a global reputation (and opened the way to this kind of photography becoming the norm in the 20th century). He published a collection of his photos in “Berühmte Zeitgenossen in unbewachten Augenblicken” in 1931. When the Nazis came to power he fled to the Netherlands but was discovered there, and sent to the concentration camp in Auschwitz where he was murdered.

Death of Gottfried Benn in Berlin, Germany. Benn was an Expressionist poet. Benn’s rather dismal view of the world was no doubt colored by his occupation. He was a physician specialized in venereal diseases. Major collections of Benn’s works include Morgue (1912), Fleisch (1917) and Statische Gedichte (1948). He named his autobiography Doppelleben (1950). During the Hitler years he was forbidden to publish.

The Bundestag passes a law establishing a universal military obligation of all young German men.

In soccer the West German team defeats the Netherlands 2-1 and becomes the World Cup winner. 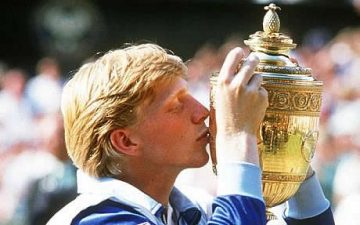 Boris Becker becomes the youngest player ever (17) to win the men’s singles at Wimbledon. He was also the first German to win the title.