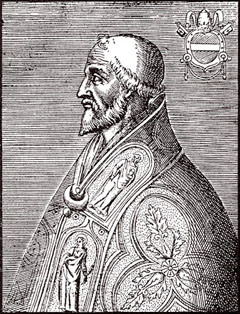 Birth of Pope Leo IX (original name Bruno von Egisheim und Dagsburg) in Egisheim, Germany. Bruno was the cousin of the Holy Roman Emperor, Heinrich III. Heinrich Appointed him Pope, but he refused to accept until elected in Rome. He became Pope on February 12, 1049. He immediately began a series of reforms including forbidding concubines for priests, the sale of ecclesiastic positions within the Church and the appointment of ecclesiastic positions by civil authorities. During his time as Pope he was able to elevate the position to a high level of authority.

Birth of Johann Christoph Friedrich Bach in Leipzig, Germany. He was one of the musician sons of J. S. Bach.

Death of Johann Georg Hamann in Münster, Germany. Hamann was a contemporary of Immanuel Kant. Both Kant and Hamann resided in Königsberg. After a series of disastrous moral experiences in London, he concluded, from his attempts to reconcile philosophy and Christianity, that a childlike faith in God and direct communication with God through nature and poetry is the only solution to the problems of philosophy.

Birth of Moses Hess in Bonn, Germany. Hess was an early socialist who influenced both Marx and Engels. 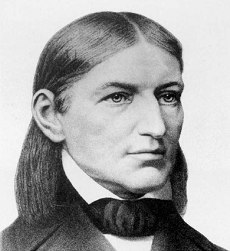 Death of Friedrich Froebel in Marienthal, Germany. Froebel was an educational reformer who introduced the Kindergarten into German schools. He entered education as a teacher at an experimental school in Frankfurt am Main which was structured according to the ideals of the Swiss educational reformer, Pestalozzi. He later worked with Pestalozzi in Switzerland. In 1818 he founded his own school in Keihau, in Thuringia. Based on the experiences at Keihau, he wrote his Menschenerziehung (1826). In 1837 he opened a school in Blankenburg for children which he came to call the “Kindergarten”. John Dewey used Froebel’s educational principals when he opened his experimental school in Chicago. By this means Froebel’s “Kindergarten” concept and other educational theories became widespread in the United States.

Birth of Johannes Schlaf in Quefurt, Germany. Schlaf was a Naturalist writer and one of the early theoreticians of the movement. 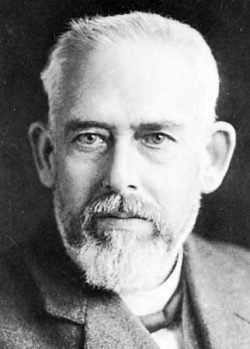 Birth of Max Wolf in Heidelberg, Germany. He was a German astronomer and a pioneer in the field of astrophotography. He was chairman of astronomy at the University of Heidelberg and director of the Heidelberg-Königstuhl State Observatory from 1902 until his death. In 1891, Wolf discovered his first asteroid, 323 Brucia, and named it after Catherine Wolfe Bruce. He pioneered the use of astrophotographic techniques to automate the discovery of asteroids, as opposed to older visual methods, as a result of which asteroid discovery rates sharply increased. In time-exposure photographs, asteroids appear as short streaks due to their planetary motion with respect to fixed stars. Wolf discovered more than 200 asteroids in his lifetime.

Among his many discoveries was 588 Achilles (the first Trojan asteroid) in 1906, as well as two other Trojans: 659 Nestor and 884 Priamus. He also discovered 887 Alinda in 1918, which is now recognized as an Earth-crossing Amor asteroid (or sometimes classified as the namesake of its own Alinda family). Wolf’s then-record 248 discoveries were surpassed by his pupil Karl Wilhelm Reinmuth on July 24, 1933.

In protest against the Treaty of Versailles and the continuing naval blockade of Germany by the allies, German Chancellor Scheidemann resigns. Also in protest, at Scapa Flow, the interned German fleet scuttle their 50 warships in the harbor. 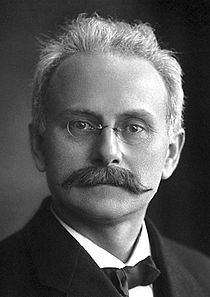 Death of Johannes Stark (1874-1957) in Traunstein, Germany. Stark won the Nobel Prize for Physics in 1919 for his for his work on the effects of electrical fields on light spectrum. The effect is now called the “Stark effect”. Stark was a professor of physics at the Universities of Greifswald and Würzburg. Stark was an active Nazi during the time of Hitler. In 1947 he was sentenced to four years in prison for his activities.

It is confirmed by American, German and Brazilian forensic pathologists that the body exhumed in Brazil on June 6 was, indeed, that of the Nazi Doctor, Josef Mengele. (Mengele had performed medical experiments on prisoners in Nazi concentration camps during World War II. He had lived undetected by war criminal hunters for his entire life after the war. When he was identified after his death, the investigators wanted to be sure it was really him and not another ruse.)