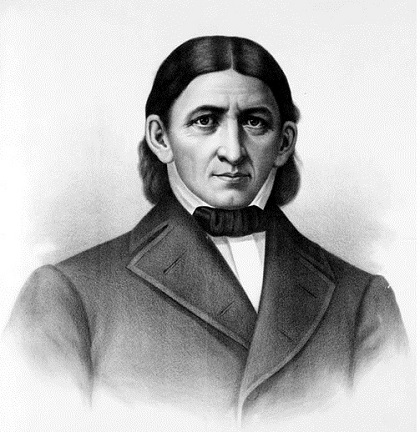 For many people a kindergarten is associated with
• a nursery school equipped with toys, building blocks, book puzzles, art supplies, and an outdoor playground;
• day care attendance for the children of working parents;
• an institution for early childhood development at the same time. Its aim is to bring up self-confident and social personalities ready to communicate and make a thoughtful choice.
But have you ever thought about the origin of the word ‘kindergarten’?
It was created by the German born Friedrich Froebel (1782-1852), famous Educationalist. Kindergarten in Froebel’s vision meant both ‘a garden for children’, where children meet with environment and also ‘a garden of children’, where they play together and express themselves in a smaller garden world by means of play with their age group. He believed that “children are like tiny flowers; they are varied and need care, but each is beautiful alone and glorious when seen in the community of peers.”

Friedrich Wilhelm August Froebel had an unhappy childhood with a severe step-mother. He was abandoned and treated strictly as a child. Friedrich got to know what happiness is in the uncle’s family while studying at high school. He had a huge desire for education, strong Christian faith and love to the natural world. He studied mineralogy in Jena and architecture at the Berlin’s Humboldt University. Inborn skills of an educator helped Froebel to realize the failure of teaching system because of its incompleteness and absence of agreement with the outer surroundings and nature.

The first kindergarten was established by Froebel in Bad Blankenburg in 1837. He renamed his Play and Activity Institute to a ‘kindergarten’ two years later in 1840. That Bad Blankenburg Infant school used play, games, songs, stories, and crafts to encourage children’s imagination and widen their physical and motor talents. “Kommt, lasst uns unsern Kindern leben” Come, let us live with our children’ turned into the catchphrase of the early childhood education.

Froebel’s upbringing theory had such major establishments: toys for inventive play (so called ‘gifts and occupations’). “Gifts” were objects with a fixed form such as blocks (Froebel designed a large box of 500 wooden building blocks). Their purpose was to find out the essential thought represented by the object the child played with. Occupations were based on free will and represented things that kids could shape and manipulate such as clay, sand, beads, rope etc.
Games, songs and dances were accepted by Froebel as the key for healthy activity and physical development.

Friedrich Froebel also used studying and nurturing plants in a garden for stimulating children’s interest in the nature regulations. Here we can trace the identity with the Montessori school system and Pestalozzian consideration of importance to grow up in harmony with nature.
Froebel paid much attention to preparing for further school education by training the infant innate faculties through the complimentary self expression, creativeness, collective involvement, and motor activity. He considered training of all the vivid faculties: artistic, imaginative, linguistic, arithmetical, musical, aesthetic, scientific, physical, social, moral, cultural, and spiritual, complete growth and harmonious development to be even more important than any kind of knowledge.

Froebel’s kindergarten system flourished globally as a didactic movement. Most kindergartens were organized for children of all social classes, ethnic groups and religious believes, Jewish as well as Christian. Froebel’s vision of kindergarten seems to be so familiar and proper, however it was a fresh and revolutionary look on early childhood education in his time.