The right to asylum enjoys constitutional status in Germany 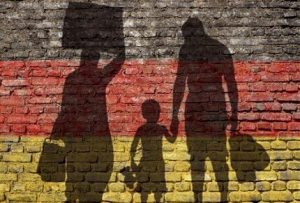 Political persecutees are afforded asylum in Germany in accordance with Article 16a of the Basic Law (GG) of the Federal Republic of Germany.

As in many other countries, the right to asylum is guaranteed in Germany not only on the basis of the obligation under international law arising from the Geneva Convention on Refugees of 1951, but also has constitutional status as a fundamental right. It is the only fundamental right that is only accorded to foreign nationals.

Persecution is considered to be political if it causes specific violations of rights to the individual – in connection with his/her political convictions, choice of religious belief or intangible characteristics that mark him/her out as being different – which, due to their intensity, exclude that person from the general peace framework of the state unit. The right to asylum serves to protect human dignity in a more comprehensive sense.

To atone for the crimes of the Third Reich, Article 16/2 of West Germany’s Basic Law offers liberal asylum rights to those suffering political persecution. Until the 1980s, relatively few refugees took advantage of this provision. But in the second half of the decade, a new class of “jet-age refugees” began to make its way to Europe and especially to West Germany, which accepted more than any other West European country. In the mid-1980s, many refugees came from Iran and Lebanon. By 1991 most refugees originated in regions of war-torn former Yugoslavia, Romania, or Turkey. From 1986 to 1989, about 380,000 refugees sought asylum in West Germany. By comparison, in the 1990-92 period, nearly 900,000 people sought refuge in a united Germany.

Although only about 5 percent of requests for asylum are approved, slow processing and appeals mean that many refugees remain in Germany for years. Because financial aid is also provided for the refugees’ living expenses, their presence has become a burden on federal and local government. The resulting social tensions made imperative an amendment to the constitutional provision regarding asylum. After heated debate, in 1993 the Bundestag passed legislation that amended the Basic Law and tightened restrictions on granting asylum. One important change is that asylum-seekers are no longer to be admitted into Germany if they have applied from a third country. In addition, more funds are to be allotted to processing applications, so that asylum-seekers remain in Germany for shorter periods. 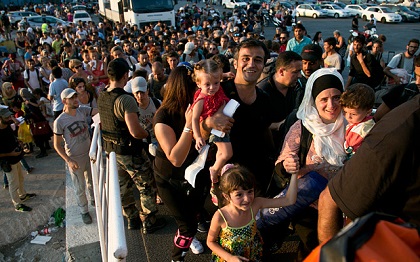 On 1 January 2005, a new immigration law came into effect. The political background to this new law was that Germany, for the first time ever, acknowledged to be an “immigration country”. The practical changes to immigration procedures were relatively minor. New immigration categories, such as “highly skilled professional” and “scientist” were introduced to attract valuable professionals to the German labor market. The development within German immigration law shows that immigration of skilled employees and academics has eased while the labor market remains closed for unskilled workers.

In April 2012, European Blue Card legislation was implemented in Germany, allowing highly skilled non-EU citizens easier access to work and live in Germany, subject to certain requirements. According to the federal statistics office in 2016, over one out of five Germans has at least partial roots outside of the country.

As of 2014, about 16.3 million people with an immigrant background were living in Germany, accounting for every fifth person. Of those 16.3 million, 8.2 million had no German citizenship, more than ever before. Most of them had Turkish, Eastern European or Southern European background. The majority of new foreigners coming to Germany in 2014 were from new EU member states such as Poland, Romania, Bulgaria and Croatia or from the Middle East and Africa. Due to ongoing conflicts in the Middle East, many people are hoping to seek asylum in the European Union and Germany. The vast majority of immigrants are residing in the so-called old states of Germany (the ten states in West Germany).

In 2014 more than 276,000 people entered illegally into the European Union, an increase of 138% from 2013. The numbers of asylum applications and illegal immigration to Europe and especially Germany rose from 2013 onwards, the refugee camps became overcrowded.

On March 20, 2015 the Federal Minister of the Interior of Germany stated that the average duration of an asylum application procedure was about ​5 1⁄2 months. Because there are often problems with the identification of refugees, finger print scans will be introduced, and individuals will be checked in more detail to identify their true place of origin. Due to the high burden for the several German States, the Federal Minister of the Interior also claims to deport illegals more quickly and individuals with denied asylum applications.

The original prediction of about 450,000 asylum seekers for 2015 in Germany rose to over 800,000 people, which is almost double the number of the previous prediction for this year and four times the amount of the prior year. In a letter written by the Vice-Chancellor of Germany to his fellow party members, the possible number of 800,000 refugees was raised again to over 1,000,000 refugees in Germany.

In 2017 the Federal Office for Migration and Refugees in Germany reported that of the 340,000 migrants who participated in German language courses during 2016, less than half at 113,050 received a passing grade. The authority had no idea why.

In April 2018 more than half, at 55%, of the recipients of unemployment benefits had a migration background. According to the Federal Employment Agency (German: Bundesagentur für Arbeit) this was due to the migrants lacking either employable skills or knowledge of the language.

In 2018, a poll by Pew Research found that a majority (58%) wanted fewer immigrants to be allowed into the country, 30% wanted to keep the current level and 10% wanted to increase immigration.