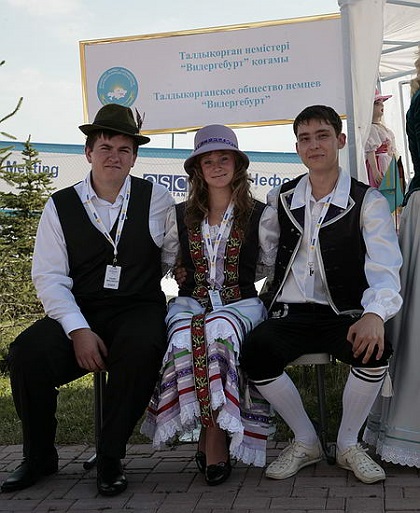 Ethnic Germans have immigrated to Germany since the end of World War II. At first, these immigrants were Germans who had resided in areas that had formerly been German territory. Later, the offspring of German settlers who in previous centuries had settled in areas of Eastern Europe and Russia came to be regarded as ethnic Germans and as such had the right to German citizenship according to Article 116 of the Basic Law. Because they became citizens immediately upon arrival in Germany, ethnic Germans received much financial and social assistance to ease their integration into society. Housing, vocational training, and many other types of assistance, even language training–because many did not know the language of their forebears–were liberally provided.

Because this influx could no longer be managed, especially because of the vast expense of unification, restrictions on the right of ethnic Germans to return to Germany became effective in January 1991. Under the new restrictions, once in Germany ethnic Germans are assigned to certain areas. If they leave these areas, they lose many of their benefits and are treated as if they were foreigners. The government has also established programs to encourage the estimated several million ethnic Germans who still live in the former Soviet Union and Eastern Europe to remain there. Although ethnic Germans are entitled to German citizenship by virtue of their bloodlines, to many Germans they do not seem German, and their social integration has frequently been difficult.