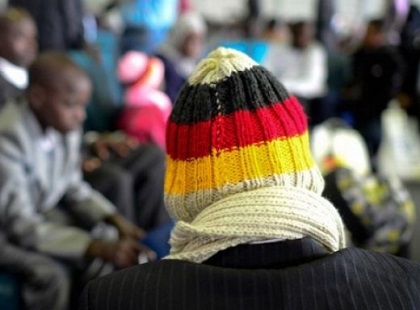 Immigration has been a primary force shaping demographic developments in the two Germanys in the postwar period. After the erection of the Berlin Wall in 1961, the immigration flow, first into West Germany and later into united Germany, consisted mainly of workers from southern Europe. In addition, the immigrants included several other groups: a small but steady stream of East German immigrants (Übersiedler) during the 1980s that exploded in size in 1990 (389,000) but by 1993 had fallen by more than half (172,000) and was somewhat offset by movement from west to east (119,000); several million ethnic Germans (Aussiedler) from East European countries, especially the former Soviet Union; and several million persons seeking asylum from political oppression, most of whom were from East European countries.

In 2017 the Federal Office for Migration and Refugees in Germany reported that of the 340,000 migrants who participated in German language courses during 2016, less than half at 113,050 received a passing grade.

In April 2018 more than half, at 55%, of the recipients of unemployment benefits had a migration background. According to Bundesagentur für Arbeit (Federal Employment Agency) this was due to the migrants lacking either employable skills or knowledge of the language.