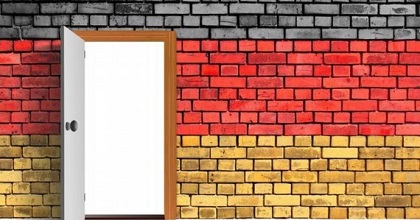 There are three levels at which business and industrial interests seek representation. First, business wants its perspective heard as the government formulates policy. Second, business needs representation in negotiations with labor unions. Third, business may desire support in cultivating new clients or suppliers. Each of these objectives is met by a separate umbrella organization.

The Federation of German Industry (Bundesverband der Deutschen Industrie–BDI) is the most important representative of business interests in the policy-making process. The BDI is the national peak association for thirty-nine separate national trade associations, including associations for the automobile and machine tool industries. Thus, it is the primary representative of the business community in the political process and the principal intermediary between business and government. The importance of the National Association of Manufacturers (NAM) in the United States pales in comparison with that of the BDI in Germany. In western Germany, the BDI’s associations represent over 90 percent of all industrial firms; by contrast, the NAM accounts for only a fragment of United States industry. Although private businesses were still in the early stages of development in eastern Germany in the early 1990s, most trade associations have already set up offices there to coordinate the new industries.

The Federation of German Employers’ Associations (Bundesvereinigung der Deutschen Arbeitgeberverbaende–BDA) is the second important representative of business. The BDA is a peak association of sixty-four employers’ associations, consisting of seventeen regional organizations, including the employers’ associations of each Land, and forty-seven national trade associations organized by economic sector. The BDA represents the full range of business activity in Germany, but most of its members are in industrial associations. Almost every medium or large employer is a member of a BDA association. The BDA provides advice and serves as a coordinating mechanism for employers on social and labor policy. Among other things, the BDA negotiates general salary guidelines with unions, and it lobbies Land and federal governments on legislation affecting the interests of its members, such as social security and labor practices.

The German Chambers of Industry and Commerce (Deutscher Industrie- und Handelstag–DIHT) is the third leg of businesses’ representational triad. All companies paying business taxes are required by law to join the local chamber and pay membership dues. Thus, several million firms belong to the eighty-four district and local associations of the DIHT, including the fifteen postunification chambers in eastern Germany. Beyond its national role, the DIHT represents German business abroad, as well as on international trade issues. The DIHT has been particularly engaged in attracting foreign investment to the east.