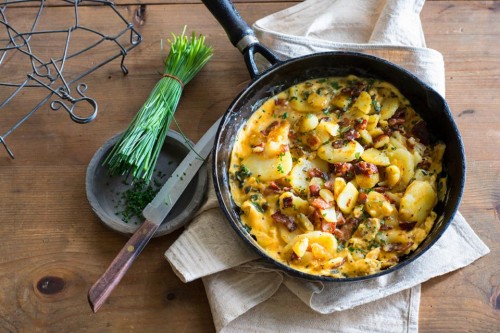 Bauernfrühstück (Farmer’s breakfast) is a German country breakfast dish made from fried potatoes, eggs, onions, leeks or chives, and bacon or ham. It is similar to the somewhat simpler English bubble and squeak. The ingredients are mixed in a pan and fried as an omelette. It is usually accompanied by a tomato salad or pickles. An urban Berlin version is called “Hoppelpoppel”.