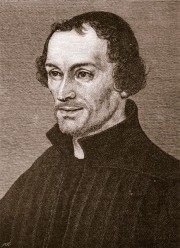 Death of Philipp Melanchthon (1497-1560) (Philipp Schwartzerd) in Wittenberg, Germany. Melanchthon was a friend and enthusiastic supporter of Martin Luther. In 1518 he was appointed at the University of Wittenberg as its first professor of Greek. In 1521 he published Loci communes, a systematic treatment of evangelical doctrine. (At one point Martin Luther commented that the book deserved a place in the cannon of Scriptures.) He was involved in the founding of the universities of Königsberg, Jena and Marburg. At the Diet of Augsburg (1530) Melanchthon was the leading Protestant delegate and wrote the Augsburg Confession.

Birth of Friederike Brion in Niederrödern, Elsass. She was a young woman with whom the poet, Johann Wolfgang von Goethe fell deeply in love in his 70s. His love to her is expressed in the poems “Willkommen und Abschied”, “Mit einem gemalten Band” and “Mailied.”

Birth of August Wilhelm Iffland in Hannover, Germany. In 1779 Iffland played the role of Franz Moor in Friedrich von Schiller’s Die Räuber. He remained in Mannheim where he wrote plays, directed and acted. In 1798 he became the manager of the Berlin National Theater and in 1811 was advanced to the position of the director of all Prussian theaters. He wrote his autobiography titled Meine theatralische Laufbahn in 1798.

Birth of Ferdinand I in Vienna, Austria. Ferdinand was the Austrian emperor from 1835-1848. Although retarded, Ferdinand was elevated to the throne to assure the line of succession. During his reign, thus, the empire was run by Klemens, Prinz von Metternich. Ferdinand abdicated in the face of the revolutions of 1848.

Birth of Christian Gottfried Ehrenberg in Delitzsch, Germany. Ehrenberg was the biologist who founded the science of micropaleontology. He was the first to study coral scientifically.

Birth of Theodor Gustav Fechner in Särchen, Germany. The physicist, Fechner, was the principal founder of psychophysics (quantitative relations between sensations and stimuli), Elemente der Psychophysik (2 vols. 1860). He was a professor of physics at the University of Leipzig 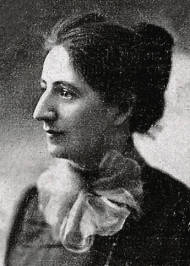 Birth of Alice Salomon (1872-1948) in Berlin. Salomon was one of the first women to earn a doctorate at the University of Berlin. Her 1906 doctoral dissertation approached the problem of women earning less for the same work than men. She established Germany’s first school of social work. She was one of the founders of the International Congress of Women in 1920. When Hitler came to power, she was forced to leave Germany and came to the United States where she remained until her death in 1948.

Birth of Richard Schiebe in Chemnitz, Germany. Richard Scheibe was a German artist primarily remembered as a sculptor. He trained as a painter, and taught himself to sculpt beginning in 1906. From 1925-1933 he taught at the Städelsches Kunstinstitut in Frankfurt am Main. 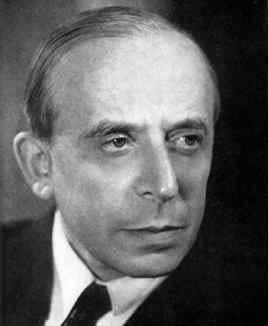 Birth of Richard von Mises (1883-1953) in Lemberg, Austria-Hungary (now in Ukraine). Mises, a mathematician, made extensive contributions to aerodynamics. He made major advances in the understanding of air flow and advanced airfoil design. He constructed a plane for the Austrian army in 1915 and served as a pilot in World War I. After the war he was a professor of mathematics at the University of Berlin. He fled Germany in 1933 when Hitler came to power. In 1939 he took a position at Harvard University. In addition to his work with aerodynamics he also worked in statistics and probability. 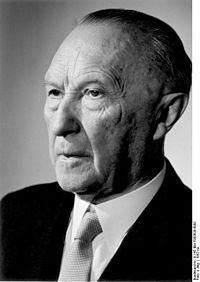 Death of Konrad Adenauer (1876-1967) in Rhöndorf, Germany. In 1917 he became Oberbürgermeister of Cologne. An opponent of the Nazi regime, he was sent to a concentration camp in 1944. After the war he worked in the founding and development of the CDU political party. In 1949 he became the first chancellor of the new Federal Republic of Germany, a post which he held until 1963.