Birth of Nikolaus von Amsdorf in Torgau, Germany. Amsdorf was a professor of theology at the University of Wittenberg. He was a close friend of Martin Luther. After the trial at the Diet of Worms, he was one of those responsible for hiding Luther at the Wartburg. In later years he struggled against what he considered the too liberal directions of Philipp Melanchton. 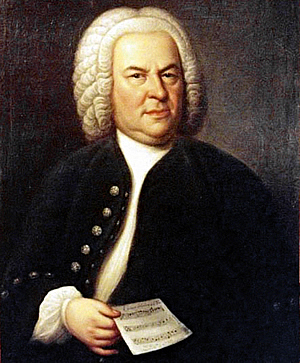 Johann Sebastian Bach married Anna Wilcken and had 13 children with her, only six of whom lived to adulthood, including future composers Johann Christoph Friedrich Bach and Johann Christian Bach (later known as “The London Bach”). Anna Magdalena Bach was an invaluable aide to her husband’s duties as Kantor of Leipzig, copying and transcribing the reams of music he wrote for the city’s five major churches; a number of his manuscripts exist only in her hand. He expressed his gratitude by dedicating several keyboard and chamber pieces to her, including the famous collection “The Little Notebook for Anna Magdalena Bach” (two volumes, 1722 and 1725), and organized informal concerts at their home so she could have a performing outlet.

Death of Johann Peter Eckermann in Weimar, Germany. Eckermann was Goethe‘s secretary in Weimar. He published Goethe’s posthumous works and participated in the publication of the first complete edition of his works. He wrote Gespräche mit Goethe in den letzten Jahren sieines Lebens, which provides detailed insight into the mind of the genius. 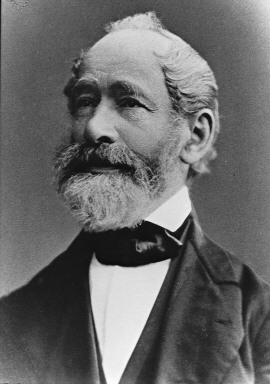 Death of Carl Zeiss in Jena, Germany. Zeiss opened an optical shop in Jena in 1846 which was to grow into the global Carl Zeiss optical corporation. Zeiss made contributions to lens manufacturing that have aided the modern production of lenses. Raised in Weimar, Germany, he became a notable lens-maker in the 1840s when he created high-quality lenses that were “wide open”, or in other words, had a very large aperture range that allowed for very bright images. He did this in the city of Jena at a self-opened workshop, where he started his lens-making career. At first his lenses were only used in the production of microscopes, but when cameras were invented, his company began manufacturing high-quality lenses for cameras. 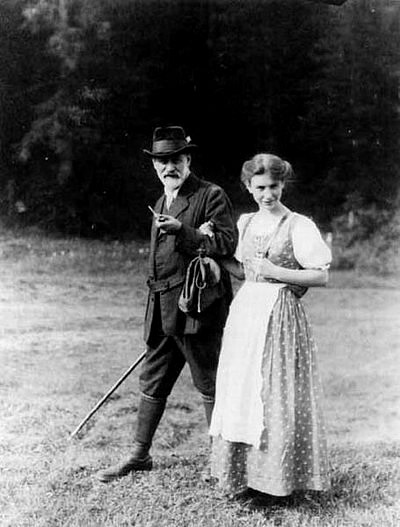 Anna Freud and her father

Birth of Anna Freud in Vienna. She was the youngest daughter of Sigmund Freud. She started her adult life as an elementary school teacher and observed the children with an interest in psychology she had learned from her father. She became the founder of child psychoanalysis. In 1938 she fled Austria with her father and settled in London.

Death of Annette Kolb in Munich, Germany. The writer, Annette Kolb (pseudonym of Anne Mathilde Kolb), emigrated to France in 1933 and later to the United States. Among her works are Die Schaukel, Das Exemplar, and Briefe einer Deutsch-Französin. She was awarded the Literature Prize of the City of Munich on her 75th birthday.