The first German Pope, Gregory V, was consecrated on this date. (There had been an earlier Gothic Pope, Boniface II, who had reigned from 530-532. Gregory V was the first Pope with West Germanic origins.) Gregory V’s name was Bruno von Kärnten. We are not certain of the exact date and specific location of his birth. Like his East Germanic predecessor, Boniface II, Gregory too struggled with an anti-pope who was elected by an opposing faction. Gregory V’s benefactor and protector the Emperor Otto had the anti-pope captured and deported. Gregory V in his role of Pope had crowned Otto Emperor on May 21, 996. 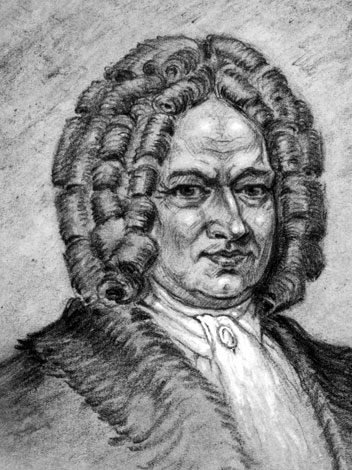 Birth of Daniel Matthäus Pöppelmann (1662-1737) in Herford, Germany. Pöpplemann, the state architect in Dresden, is most noted for his design of the Zwinger in Dresden. The Zwinger is one of the best examples of Baroque design. His Elbe Bridge is one of the most attractive bridges in Europe.

Death of Heinrich Biber in Salzburg, Austria. Biber was a composer and violinist who worked as court musician for the Archbishop of Salzburg. 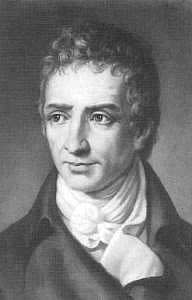 Birth of August Kotzebue (1761-1819) in Weimar, Germany. Kotzebue was a dramatist who wrote over 200 plays. Among his plays are Spanier in Peru (1796), Der Wildfang (1798), and Die deutschen Kleinstädter (1803). In addition to his plays, Kotzebue was engaged in politics during his entire life which caused him much trouble. He was exiled from Germany in 1781. He held political positions in Russia and in the end was assassinated by a member of a radical student group, Karl Sand, in Mannheim.

Birth of Bernhard Fürst von Bülow in Altona, Germany. Von Bülow was the chancellor of the German Empire from October 17, 1900 through July 14, 1909. (Kaiser Wilhelm II)

Birth of Otto Benhagel in Karlsruhe, Germany. Benhagel was a professor of German at the universities of Heidelberg, Basel, and Giessen. His most noted work is the compilation of a four volume work on German language usage from the 8th through the 20th centuries, Deutsche Syntax (1923-1932). He also wrote Die deutsche Sprache (1886) and Geschichte der deutschen Sprache (1901).

Birth of Hans Frank in Karlsruhe, Germany. Frank joined the Nazi party in 1921. In the early years he served as Hitler’s personal attorney. When the Nazis came to power he became the minister of justice. In 1939 after the conquest of Poland, Frank was appointed governor of Poland. He directly ordered the execution of hundreds of thousands in that position. He was captured in 1945, tried at Nürnberg and hanged.

Birth of Walter Slezak in Vienna, Austria. He emigrated to the United States and became a comedian and actor. We remember him perhaps most today as a star in “Bedtime for Bonzo”, a film which would be totally forgotten except it also starred a future American President, Ronald Reagan.

Death of Oscar Solomon Straus in New York (born in Otterberg, Germany). Straus was the first Jew to serve in a United States presidential cabinet. He was appointed secretary of commerce and labor by President Theodore Roosevelt in 1906. Straus’s father and brothers had founded a merchandising company in New York which grew to be R. H. Macy and Company. Straus attended the Versailles Peace conference in 1919 as an advisor to President Wilson.

Death of Robert Michels in Rome (born in Cologne, Germany). Michels, a political sociologist and economist developed the thesis that all organizations inevitably develop into authoritarian oligarchies. His most noted book is Zur Soziologie des Parteiwesens in der modernen Demokratie (1911). After his studies in Germany he moved to Italy where he held academic posts in Turin, and Perugia.

In East Germany (The German Democratic Republic) Walter Ulbricht is replaced by Erich Honecker as head of the SED (Sozialistische Einheitspartei, the communist party of East Germany).