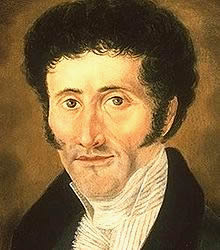 E(rnst) T(heodor) A(madeus) Wilhelm Hoffmann (1776-1822) was a German writer, composer, caricaturist, and painter, mostly known for his stories in which supernatural characters reveal people’s hidden secrets. Hoffmann’s first passions were music and painting, and only in the middle of his short life he started writing. His fiction works were the first examples of the genre of horrors and scary tales. E.T.A. Hoffmann revealed the tragic and sometimes grotesque sides of human nature by populating their lives with sinister characters. Here are some of the famous stories: “The Nutcracker”, “The Little Zaches”, “The Devil’s Elixir”, “The Sandman”, etc. Hoffmann’s works greatly influenced the works of H.C.Andersen, Washington Irving, Nathaniel Hawthorne and E.A. Poe.

E.T.A. Hoffmann was born in Koenigsberg, Prussia on January 24, 1776. He spent most of his life in his home town, sometimes leaving it for Berlin, Glogau, Leipzig, and a few Polish towns. In 1792-1800, Hoffmann studied law at Koenigsberg Law University. During this time he taught music, wrote his first stories and novels, and worked in Koenigsberg Supreme Court. Hoffmann’s career was unstable. He worked as a Prussian law officer and then had several positions as a conductor, a critic, and a theatrical musical director in Bamberg and Dresden until 1814. He recognized that he would never be a great composer, so he turned to writing.

He wrote his best works during the last ten years of his life, almost all of which he spent in Berlin. These are two novels – “The Devil’s Elixir” and “The Life and Opinions of Kater Murr”, and more than 50 short stories. Hoffmann died on June 25, 1822 from the progressive paralysis.

E.T.A. Hoffmann was a loner, he never had a wife or children. Actually there is only one allusion to his personal life – his fatal love affair with a married woman in 1796. After it he went to Glogau, leaving Koenigsberg for the first time in his life, and wrote “The Jesuit Churches in G.”, inspired by his church activities. Next year his father died. Probably this succession of unhappy incidents put a dark face on his further works. Otherwise why would a representative of the romantic movement take to depicting weird creepy characters like the Sandman? 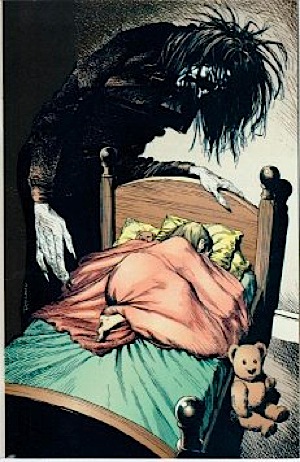