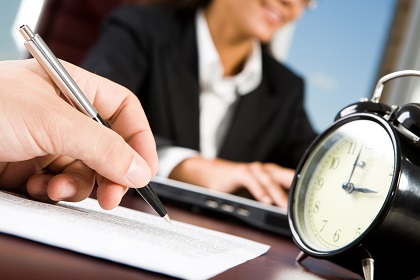 German management, as it has evolved over the centuries and has established itself since World War II, has a distinct style and culture. Like so many things German, it goes back to the medieval guild and merchant tradition, but it also has a sense of the future and of the long term.

The German style of competition is rigorous but not ruinous. Although companies might compete for the same general market, as Daimler-Benz and BMW do, they generally seek market share rather than market domination. Many compete for a specific niche. German companies despise price competition. Instead, they engage in what German managers describe as Leistungswettbewerb, competition on the basis of excellence in their products and services. They compete on a price basis only when it is necessary, as in the sale of bulk materials like chemicals or steel.

The German manager concentrates intensely on two objectives: product quality and product service. He wants his company to be the best, and he wants it to have the best products. The manager and his entire team are strongly product oriented, confident that a good product will sell itself. But the manager also places a high premium on customer satisfaction, and Germans are ready to style a product to suit a customer’s wishes. The watchwords for most German managers and companies are quality, responsiveness, dedication, and follow-up.

Product orientation usually also means production orientation. Most German managers, even at senior levels, know their production lines. They follow production methods closely and know their shop floors intimately. They cannot understand managers in the United States who want only to see financial statements and “the bottom line” rather than inspect a plant’s production processes. A German manager believes deeply that a good-quality production line and a good-quality product will do more for the bottom line than anything else. Relations between German managers and workers are often close, because they believe that they are working together to create a good product.

If there is a third objective beyond quality and service, it is cooperation–or at least coordination–with government. German industry works closely with government. German management is sensitive to government standards, government policies, and government regulations. Virtually all German products are subject to norms–the German Industrial Norms (Deutsche Industrie Normen–DIN)–established through consultation between industry and government but with strong inputs from the management associations, chambers of commerce, and trade unions. As a result of these practices, the concept of private initiative operating within a public framework lies firmly imbedded in the consciousness of German managers.

The German management style is not litigious. Neither the government, the trade unions, nor the business community encourages litigation if there is no clear sign of genuine and deliberate injury. Firms do not maintain large legal staffs. Disagreements are often talked out, sometimes over a conference table, sometimes over a beer, and sometimes in a gathering called by a chamber of commerce or an industrial association. Differences are usually settled quietly, often privately. Frequent litigation is regarded as reflecting more on the accuser than on the accused. Because of these attitudes, Germany has comparatively few lawyers. With one-third the population and one-third the GDP of the United States, Germany has about one-twentieth the number of lawyers.

German managers are drawn largely from the ranks of engineers and technicians, from those who manufacture, design, or service, although more non-engineers have risen to the top in recent years. They are better paid than other Europeans (except the Swiss), but on average receive about two-thirds of the income that their American counterparts expect. Because managers usually remain in one firm throughout their careers, rising slowly through the ranks, they do not need a visible bottom-line result quickly. Managers do not need to be concerned about how their careers might be affected by a company’s or a division’s progress, or lack of progress, for each year and certainly not for each quarter.

Because management has not been regarded in Germany as a separate science, it was rare until the 1980s to find courses in management techniques such as those taught at schools of management in the United States. Germans believed that management as a separate discipline bred selfishness, disloyalty, bureaucratic maneuvering, short-term thinking, and a dangerous tendency to neglect quality production. Instead, courses at German universities concentrated more on business administration, or Betriebswirtschaft , producing a Betriebswirt degree. Despite this, two West German schools for business administration, the Hochschule für Unternehmensführung and the European Business School, were established during the 1980s, but they teach in ways that reinforce rather than overturn traditional German ways of management.

Out of this compendium of business practices arises what might be termed a German management style, with the following characteristics: collegial, consensual, product- and quality-oriented, export-conscious, and loyal to one company and committed to its long-term prospects. One could legitimately conclude from this that the German system could stifle change because it is not as innovative, aggressive, or results-oriented as the United States management style. That, however, would not be correct, for change can and does take place. It occurs gradually, not always obviously, under the mottoes of stability and permanence, with the least dislocation possible, and often under competitive pressures from abroad. German managers themselves occasionally speculate that change might come too slowly, but they are not certain whether or how to alter the system and its incentive structures.