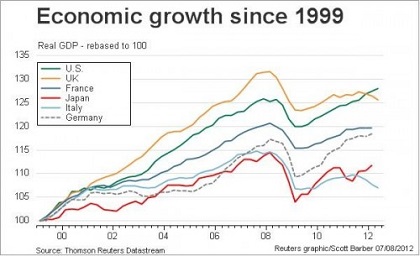 Along with the United States and Japan, Germany has one of the world’s biggest economies and most dominant central banks. Of the three, Germany has the smallest and most vulnerable economy. Germany’s GDP of DM3 trillion is less than one-third of United States GDP and less than one-half of Japan’s. Despite Germany’s relatively small size, it has consistently exerted a powerful influence on the world economy. Since the end of World War II, the Federal Republic has played a key role in beginning, managing, or ending each crisis and each phase experienced by the global monetary system.

The first phase was the Bretton Woods era, named after the New Hampshire resort where the Allied monetary conference of July 1944 created the IMF and shaped the global postwar order. The dollar was pegged to gold at a fixed rate of US$35 per troy ounce, constituting the official backing of the global monetary system; other currencies were linked to the system through their own fixed, dollar-pegged exchange rates. Countries could devalue or revalue with respect to the dollar, and the dollar price of gold could at least theoretically remain constant even as rates of exchange between separate currencies fluctuated.

By the late 1960s, there was a surplus of dollars in the international financial system. Largely for domestic reasons, the United States had put far more emphasis on expanding dollar liquidity than on maintaining dollar value. Growing fear of United States inflation had made those dollars less desirable, and many central banks held more dollars than they wanted. The United States proposed that other countries revalue their currencies as provided under the Bretton Woods Agreement. But those other countries, and West Germany in particular, were not prepared to revalue. Money poured into purchases of the deutsche mark, sometimes for the purchase of German goods, but more often to hedge against the dollar or to make a profit when–as was widely expected–the deutsche mark would have to be revalued. West German foreign-exchange reserves rose from US$2.7 billion in December 1969 to US$12.6 billion by December 1971, and to US$28.1 billion by September 1973. The steady flow of foreign money into deutsche marks not only undercut the Bretton Woods system but also threatened to import inflation into Germany by expanding the German money supply.

Finally, after intensifying waves of speculation, the Bretton Woods system collapsed in August 1971. The United States stopped the sale of gold at US$35 per troy ounce and thus removed the fixed link between the dollar and gold. With that step, the system lost its anchor.

The deutsche mark remained under strain throughout the post-Bretton Woods period. It was alternately used in interventions to support the dollar or as a hedge against it. Other currencies again flooded into purchases of deutsche marks. To ease pressure within Europe, West Germany and other European states agreed to peg their currencies to a special system of relatively narrow exchange-rate bands formally entitled the “European narrow-margins agreement” but informally known as the “snake.” But the snake also failed to hold. The domestic policies and even the economic philosophies of its leading member states–West Germany, France, Britain, and Italy–diverged too widely. The deutsche mark was the strongest currency, and others could not hold their value against it. 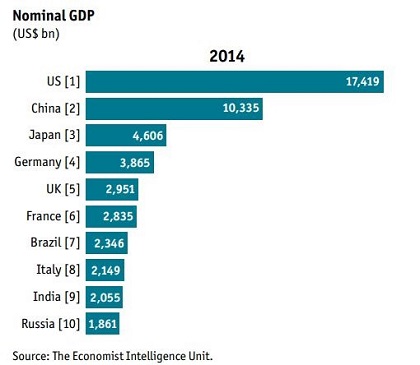 The United States and West Germany played key roles in trying to arrange a new global monetary system. But they had opposite objectives: the United States was determined not to have the dollar reassume responsibility for maintaining an international arrangement, fearing the great cost to its exports and economic stability. The United States government believed that countries with a trade surplus, such as West Germany, should accept part of the responsibility for solving exchange-rate crises and should be prepared to revalue, and it insisted on advance agreement for sanctions against any country that refused to do so. Despite its readiness to make minor exchange-rate adjustments for the sake of new currency alignments, West Germany refused to commit itself to any arrangement that would oblige it to revalue in the future.

In March 1973, the United States and other governments and central banks gave up trying to preserve the Bretton Woods system by setting new fixed exchange rates. With that decision, the next phase of the postwar international system, “floating,” began. With floating, the relationship between the United States dollar and the deutsche mark became subject to market forces rather than official negotiations. West Germany was not certain whether floating would serve its needs but was not prepared to pursue any alternative.

Floating did not insulate domestic economies from international events and global economic forces. Although the floating era may have ended the period of fixed links to the dollar and to gold, it did not give countries complete monetary freedom. It only meant that adjustments would be made by the markets, not by government decree or agreement. Those adjustments would, at least theoretically, occur in reaction to trade and payments imbalances, correcting them over time. However, the situation did not work out as expected or planned. The increasingly important role played by capital flows, speculative or not, undercut the theoretically self-regulating mechanism of trade flows as the basis of currency values.

The economic consequences of floating for Germany were not uniformly beneficial. The Bundesbank welcomed floating because it gave the bank more flexibility. The bank, in fact, could virtually control the deutsche mark’s exchange rate if it was prepared to manipulate interest rates to that end. But West German industry, and especially West German exporters, did not welcome the unpredictability that flexible exchange rates introduced into commercial arrangements and production plans.

West German exporters also faced a particular problem that persisted in the 1990s. The Bundesbank’s favorite instrument for fighting inflation, a high real domestic interest rate, is also the instrument that attracts capital to the deutsche mark and keeps the currency valuable. Many businesspeople feared then, as they have since, that the Bundesbank’s anti-inflationary policy would always keep the deutsche mark stronger than most other currencies and would thus jeopardize exports.

German exchange-rate policy has been constantly caught on the horns of that dilemma. When a decision absolutely needed to be made during the floating era, however, German governments and the Bundesbank have almost always chosen an anti-inflationary course of action. They have preferred a strong currency, which might adversely affect trade, to a weak one, which would jeopardize the stability of the German monetary system. With that choice, they set policy for others as well as for themselves. As long as the deutsche mark is strong and German interest rates remain high, even the United States can diverge from German policy only at the risk of seeing its own currency fall in value. Because of Germany’s monetary dilemma, and because the German government as well as the nation’s bankers and industrialists have recognized German limitations and vulnerabilities, all have been anxious to establish the highest possible level of international predictability. The Germans have become regular participants in international economic consultations, and they have emphasized the value of such consultations at every opportunity.

Global economic coordination after the end of the Bretton Woods system has resulted in the development of a number of coordinating institutions. One, first known informally as the Group of Five (G-5), consisted of the United States, West Germany, Japan, Britain, and France. After Canada and Italy joined, the association became known as the Group of Seven (G-7). The G-7 includes the finance ministers and central bankers of the principal economic powers, who meet periodically and consult regularly between meetings.

In addition to the meeting of G-7 finance ministers, there is an annual G-7 economic summit at which the heads of state or government of the same seven countries meet to coordinate economic and political policies or at least to attempt to understand each other better. The summits have been held annually since 1975 on a rotating basis among the summit states, usually in the capital. At the Naples summit of the G-7 in 1994, Russia joined the political discussions, essentially turning the gathering into the Group of Eight (G-8).

Three summits, those of 1978, 1985, and 1992, took place in Germany. Each was significant for different reasons. In 1978 Chancellor Helmut Schmidt (1974-82) committed West Germany to a more reflationary policy, to his later regret. Seven years later, Chancellor Helmut Kohl (1982- ) and other summit principals made commitments toward supply-side policies that most participants agreed were then necessary and that both Kohl and United States president Ronald Reagan wanted to use to reduce the role of government in their national economies. Seven years later, at Munich in 1992, the G-7 agreed to provide aid to Russia. However, the summit did not reach agreement on the Uruguay Round of the GATT negotiations, and Chancellor Kohl did not carry out what the United States had regarded as his promise to persuade the French to reduce their insistence on large EC agricultural export subsidies.

German bankers and financial officials have usually spoken skeptically about possible results from the summits, making abundantly clear that the meetings do not affect their views, although they may subsequently adjust specific policies. Bundesbank president Hans Tietmeyer has stated that West Germany sees them as occasions for “cooperation,” not “coordination.” German global policy has thus been guided by broad efforts to coordinate specific policies, but with a firm wish to preserve German interests and its friendships with the EU members it considers its principal economic partners.