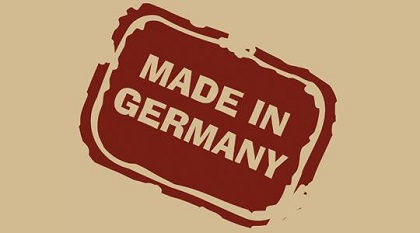 The Germans proudly label their economy a “soziale Marktwirtschaft ,” or “social market economy,” to show that the system as it has developed after World War II has both a material and a social–or human–dimension. They stress the importance of the term “market” because after the Nazi experience they wanted an economy free of state intervention and domination. The only state role in the new West German economy was to protect the competitive environment from monopolistic or oligopolistic tendencies–including its own. The term “social” is stressed because West Germans wanted an economy that would not only help the wealthy but also care for the workers and others who might not prove able to cope with the strenuous competitive demands of a market economy. The term “social” was chosen rather than “socialist” to distinguish their system from those in which the state claimed the right to direct the economy or to intervene in it.

The German economy – the fifth largest economy in the world in PPP terms and Europe’s largest – is a leading exporter of machinery, vehicles, chemicals, and household equipment and benefits from a highly skilled labor force. Like its Western European neighbors, Germany faces significant demographic challenges to sustained long-term growth. Low fertility rates and declining net immigration are increasing pressure on the country’s social welfare system and necessitate structural reforms. Reforms launched by the government of Chancellor Gerhard SCHROEDER (1998-2005), deemed necessary to address chronically high unemployment and low average growth, contributed to strong growth and falling unemployment. These advances, as well as a government subsidized, reduced working hour scheme, help explain the relatively modest increase in unemployment during the 2008-09 recession – the deepest since World War II – and its decrease to 5.2% in 2014.

The new German government introduced a minimum wage of about $11.60 (8.50 euros) per hour to take effect in 2015. Stimulus and stabilization efforts initiated in 2008 and 2009 and tax cuts introduced in Chancellor Angela MERKEL’s second term increased Germany’s total budget deficit – including federal, state, and municipal – to 4.1% in 2010, but slower spending and higher tax revenues reduced the deficit to 0.8% in 2011 and in 2012 Germany reached a budget surplus of 0.1%. The budget was essentially in balance in 2014. A constitutional amendment approved in 2009 limits the federal government to structural deficits of no more than 0.35% of GDP per annum as of 2016 though the target was already reached in 2012. The German economy suffers from low levels of investment, and a government plan to invest 15 billion euros 2016-18, largely in infrastructure, is intended to spur needed private investment. Following the March 2011 Fukushima nuclear disaster, Chancellor Angela MERKEL announced in May 2011 that eight of the country’s 17 nuclear reactors would be shut down immediately and the remaining plants would close by 2022. Germany plans to replace nuclear power with renewable energy, which accounted for 27.8% of gross electricity consumption in 2014, up from 9% in 2000. Before the shutdown of the eight reactors, Germany relied on nuclear power for 23% of its electricity generating capacity and 46% of its base-load electricity production. Extremely low inflation, caused largely by low global energy prices and a weak euro, are expected to boost German GDP growth in 2015.

The largest German companies by revenue in 2011: