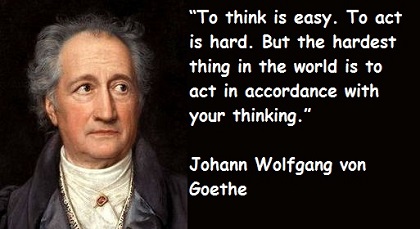 Birth of Johann Wolfgang von Goethe in Frankfurt, Germany. Goethe was the greatest of all German writers. Among his works are The Sorrows of Young Werther, Faust, Götz von Berlichingen, Wilhelm Meister’s Apprenticeship, Egmont, and Torquato Tasso. There are frequent references to Goethe’s various sayings and maxims throughout the course of Friedrich Nietzsche‘s work and there are numerous allusions to Goethe in the novels of Hermann Hesse and Thomas Mann. Goethe’s poems were set to music throughout the nineteenth century by a number of composers, including Ludwig van Beethoven, Franz Schubert, Robert Schumann, Johannes Brahms, Hugo Wolf, and Gustav Mahler.

First performance of Richard Wagner’s Lohengrin in Weimar. The conductor was Franz Liszt, who chose the date 28 August in honor of Goethe, who was born on 28 August 1749. 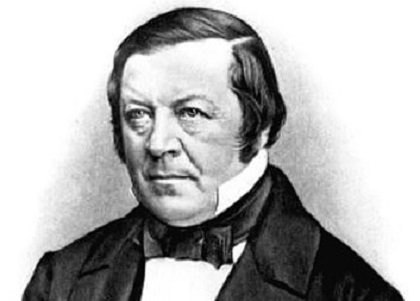 Death of Eilhardt Mitscherlich in Berlin, Germany. A professor of chemistry at the University of Berlin, Mitscherlich discovered selenic acid, the monoclinic crystal form of sulfur and was the first to synthesize nitrobenzene.

Birth of Karl Böhm in Graz, Austria. Böhm was one of the outstanding conductors of the 20th century. He was at various times conductor of some of the most noted orchestras in Europe and the United States. Late in life he conducted Wagner at the Bayreuth Festivals.

Birth of Louis Wirth in Gemünden, Germany. Wirth immigrated to the United States and became a professor of sociology at the University of Chicago. He contributed to the development of sociology as an empirical science.

Birth of Bruno Bettelheim in Vienna, Austria. Bettelheim did pioneering work in the treatment of children with emotional illness, especially autism. He was placed in Nazi concentration camps but was released in 1939, immigrated to the United States and joined the staff at the University of Chicago. In 1943 he examined the psychology of prisoners in concentration camps.

The first naval battle of WWI takes place off Heligoland between British and German ships. Four German ships are sunk.

In World War I Italy declares war on Germany