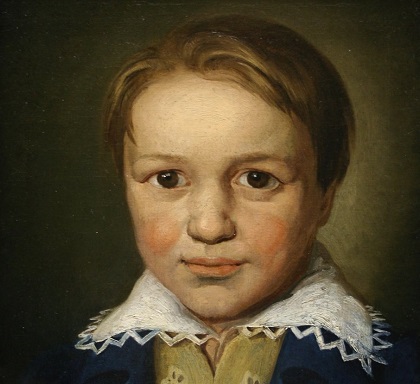 Beethoven was born in 1770 in Bonn, however, most of his life of a musician he spent in Vienna. Of the seven children born to Johann van Beethoven, only Ludwig, the second-born, and two younger brothers survived infancy. Beethoven’s musical talent was obvious at a young age. His first music teacher was his father. Although tradition has it that Johann van Beethoven was a harsh instructor, and that the child Beethoven, “made to stand at the keyboard, was often in tears,” the Grove Dictionary of Music and Musicians claimed that no solid documentation supported this, and asserted that “speculation and myth-making have both been productive.”

When, despite his father’s brutal teaching methods, Ludwig began to show signs of promise, other teachers were called in. By the age of seven he was advanced enough to appear in public.

In 1787, Beethoven went to Vienna, a noted musical center, where then Count Waldstein engaged Beethoven was piano teacher and became his friend and patron. It was there that Beethoven met the great Mozart, who received the boy doubtfully, but once Beethoven started playing the piano his talent was evident. “Watch this lad,” Mozart reported. “Some day he will force the world to talk about him.”

The first concert of his own responsibility occurred on April 2, 1800 he launched his first Symphony and introduced his world famous Septet op. 20. One year later, however, in 1801 his deafness began to hit Beethoven, causing great turmoil in his life. Beethoven’s career as a virtuoso pianist was brought to an end when he began to experience his first symptoms of deafness. By nature, Beethoven was impatient, impulsive, unreasonable and intolerant; deafness added suspicion and paranoia to these attributes. He may have had short periods of remission, but for the last ten years of his life he was totally deaf. 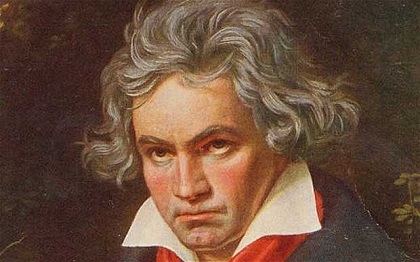 In 1802 his doctor sent him to Heiligenstadt, a village outside Vienna, in the hope that its rural peace would rest in his hearing. The new surroundings reawakened in Beethoven a love of nature and the countryside, and hope and optimism returned. After his return from Heiligenstadt, Beethoven’s music deepened. He created a number of symphonies and his relationships during that time were turbulent. He never married. The Ninth Symphony (Choral) was completed in 1823, by which time Beethoven was completely deaf.

Beethoven died in 1827, totally deaf, brought down by pneumonia and then liver cirrhosis and edema. Beethoven’s final moments, if a report by Schubert’s friend Huttenbrenner are to believed, were dramatic in the extreme. At about 5:45 in the afternoon of 26 March, 1827, as a storm raged, Beethoven’s room was suddenly filled with light and shaken with thunder:

Beethoven’s eyes opened and he lifted his right fist for several seconds, a serious, threatening expression on his face. When his had fell back, he half closed his eyes
… Not another word, not another heartbeat.

Beethoven was a grateful successor of the German Romantic school enriched by such geniuses as Schiller, Goethe, Schubert, Hoffmann. One of the greatest evidences of his Romantic heritage is Symphony 9 which he put on the Schiller’s Ode to Joy. For centuries its listeners feel something breathtaking and magnificent in this music despite some music scholars still disputing its breaches in classic composition.