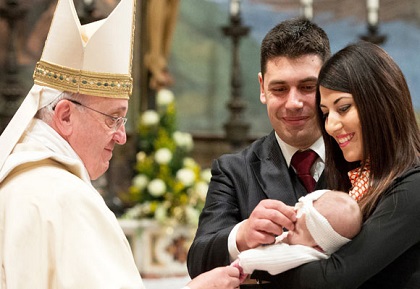 Another difference in marriage practices between the two Germanys had been that easterners marrying for the first time did so at an earlier age than westerners. Easterners did so, it is believed, because of their desire to have children and hence qualify for low-cost child care and housing benefits. Following unification this difference remained. In 1992 the average age at first marriage was 29.0 for men and 26.5 for women in the old Länder, compared with 27.1 for men and 25.1 for women in the new Länder. Since the mid-1970s, the average age at which people marry has slowly risen for both genders in both parts of Germany.

As the number of marriages declined, the frequency of divorce increased in both states. Between 1960 and 1990, the number of divorces in West Germany more than doubled, increasing from 49,000 to 123,000 and yielding a divorce rate of about 30 percent. Divorce was always more common in East Germany than it was in West Germany. The number of divorces roughly doubled between 1960 and 1988, going from 25,000 to 49,000. In 1986 there was a record divorce rate of 46 percent. Although home to only 20 percent of the total population, the new Länder accounted for 29 percent of all divorces in 1990. After unification, however, the incidence of divorce decreased greatly in the east, perhaps in response to the overall uncertainty and insecurity of future prospects for single mothers in unified Germany. In 1992 the number of divorces in the new Länder amounted to only 10,000. In 1993, however, this number rose to 18,000, an increase of 78 percent.

By the mid-1990s, the newest trend in household formation was what became known as nonmarital living partnerships. Between 1972 and 1990, the number of such households increased sevenfold, to 963,000, or 2.7 percent of all households. Almost 90 percent of these were childless households. Most young people were opting to live together before deciding to marry. This factor pushed the average age at marriage higher.

In the past, when regional differences were acute, convention held that marriages between a Prussian and a Bavarian, between a Catholic and a Protestant, and definitely between a Christian and a Jew were “mixed” marriages. In modern Germany, only unions between Germans and foreigners are considered mixed. Of 516,000 marriages in 1990, about 6 percent were between Germans and foreigners. Most often German women married Americans, Italians, Turks, and Yugoslavs, and German men married Yugoslavs, Poles, Filipinos, and Austrians. In 1974 legislation was passed conferring automatic citizenship on children born of these unions.

Since 1996, children in Germany between the age of three and the age of school entry have been legally entitled to a kindergarten place. In 2013, the right to childcare was extended to children starting from age one. Public childcare is supplied by non-profit providers, mainly organisations of the Protestant or Catholic churches, and the municipalities themselves.

Although prices are not fixed by federal law, parents’ fees are required to vary according to family size and income. Since 2006, working parents have been able to deduct childcare costs of up to 4,000 euros per year from their income taxes. More than 90% of children ages three to five attend some form of childcare, but often on a part-time basis. In 2014, about 75% of these children spent less than seven hours per day in day care.

In the unified German state, a new parental leave system similar to the Swedish model was introduced in 2007. Parents can take leave until the child’s third birthday. Until the child is 14 months old, an earnings substitution is paid, with two months reserved for one of the parents on a “use it or lose it” basis. This arrangement is supposed to encourage fathers to take leave and be more involved in childcare.