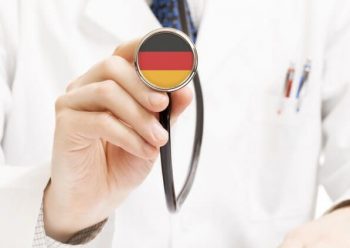 Nearly everyone residing in Germany is guaranteed access to high-quality comprehensive health care. Statutory health insurance (Gesetzliche Krankenversicherung–GKV) has provided an organizational framework for the delivery of public health care and has shaped the roles of payers, insurance or sickness funds, and providers, physicians, and hospitals since the Health Insurance Act was adopted in 1883. In 1885 the GKV provided medical protection for 26 percent of the lower-paid segments of the labor force, or 10 percent of the population. As with social insurance, health insurance coverage was gradually extended by including ever more occupational groups in the plan and by steadily raising the income ceiling. Those earning less than the ceiling were required to participate in the insurance program. In 1995 the income ceiling was an annual income of about DM70,00 in the old Länder and DM57,600 in the new Länder.

In 1901 transport and office workers came to be covered by public health insurance, followed in 1911 by agricultural and forestry workers and domestic servants, and in 1914 by civil servants. Coverage was extended to the unemployed in 1918, to seamen in 1927, and to all dependents in 1930. In 1941 legislation was passed that allowed workers whose incomes had risen above the income ceiling for compulsory membership to continue their insurance on a voluntary basis. The same year, coverage was extended to all retired Germans. Salespeople came under the plan in 1966, self-employed agricultural workers in 1972, and students and the disabled in 1975.

The 1883 health insurance law did not address the relationship between sickness funds and doctors. The funds had full authority to determine which doctors became participating doctors and to set the rules and conditions under which they did so. These rules and conditions were laid down in individual contracts. Doctors, who had grown increasingly dissatisfied with these contracts and their limited access to the practice of medicine with the sickness funds, mobilized and founded a professional association (Hartmannbund) in 1900 and even went on strike several times. In 1913 doctors and sickness funds established a system of collective bargaining to determine the distribution of licenses and doctors’ remuneration. This approach is still practiced, although the system has undergone many modifications since 1913. 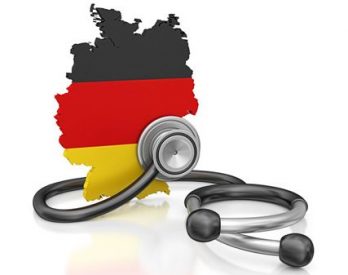 The formation of two German states in the second half of the 1940s resulted in two different German health systems. In East Germany, a centralized state-run system was put in place, and physicians became state employees. In West Germany, the prewar system was reestablished. It was supervised by the government but was not government run. According to the Basic Law of l949, Germany’s constitution, the federal government has exclusive authority in public health insurance matters and sets broad policy in relation to the GKV. The government’s authority applies in particular to benefits, eligibility, compulsory membership, covered risks (physical, emotional, mental, curative, and preventive), income maintenance during temporary illness, employer-employee contributions to the GKV, and other central issues. However, except for the funding of some benefits and the planning and financing of hospitals, the responsibility for administering and providing health care has been delegated to non-state entities, including national and regional associations of health care providers, Land hospital associations, nonprofit insurance funds, private insurance companies, and voluntary organizations.

Portability of coverage, eligibility, and benefits are independent of any regional and/or local reinterpretations by either insurers, politicians, administrators, or health care providers. Universal coverage is honored by any medical office or hospital. Check-ins at doctors’ offices, hospitals, and specialized facilities are simple, and individuals receive immediate medical attention. No one in need of care can be turned away without running a risk of violating the code of medical ethics or Land hospital laws.

The health care system has achieved a high degree of equity and justice, despite its fragmented federal organization: no single group is in a position to dictate the terms of service delivery, reimbursement, remuneration, quality of care, or any other important concerns. The right to health care is regarded as sacrosanct. Universality of coverage, comprehensive benefits, the principle of the healthy paying for the sick, and a redistributive element in the financing of health care have been endorsed by all political parties and are secured in the Basic Law.

By the mid-1990s, health care benefits provided through the GKV were extensive and included ambulatory care (care provided by office-based physicians), choice of office-based physicians, hospital care, full pay to mothers (from six weeks before to eight weeks after childbirth), extensive home help, health checkups, sick leave to care for relatives, rehabilitation and physical therapy, medical appliances (such as artificial limbs), drugs, and stays of up to one month in health spas every few years. Persons who are unable to work because of illness receive full pay for six weeks, then 80 percent of their income for up to seventy-eight weeks. In an attempt to contain costs, beginning in the 1980s some of these benefits required co-payments by the insured. Although these fees were generally very low, some co-payments were substantial. For example, insured patients paid half the cost of dentures, although most other dental care was paid by health insurance.

The system has managed these achievements relatively economically. In 1992 about 8.1 percent of the gross domestic product went into medical care, or US$1,232 per capita, compared with 12.1 percent of GDP and US$2,354 per capita in the United States. Even so, Germany devoted about one-third of its overall social budget to health care, an amount surpassed only by retirement payments. 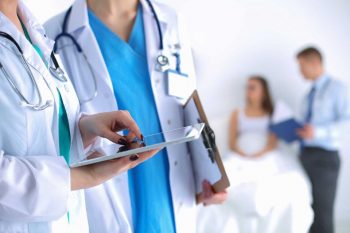 The German health care community has made a serious and sustained effort to control the growth of health costs since the mid-1970s. The steep rise in health expenditures in the first half of the 1970s prompted the passage of the Health Insurance Cost Containment Act of 1977. The law established an advisory board, the Concerted Action in Health Care, to suggest non-binding guidelines for health care costs. Chaired by the federal minister for health, its sixty members represent the most important interest groups having a stake in health care. The board has contributed to slowing the growth of health care costs, but further legislation has been necessary.

The average length of hospital stay in Germany has decreased in recent years from 14 days to 9 days, still considerably longer than average stays in the U.S. (5 to 6 days). The difference is partly driven by the fact that hospital reimbursement is chiefly a function of the number of hospital days as opposed to procedures or the patient’s diagnosis. Drug costs have increased substantially, rising nearly 60% from 1991 through 2005. Despite attempts to contain costs, overall health care expenditures rose to 10.7% of GDP in 2005, comparable to other western European nations, but substantially less than that spent in the U.S. (nearly 16% of GDP).

Health care in Germany, including its industry and all services, is one of the largest sectors of the German economy. Direct inpatient and outpatient care equivalent to just about a quarter of the entire ‘market’ – depending on the perspective. A total of 4.4 million people working in this, that means about one in ten employees in 2007 and 2008. The total expenditure in health economics was about 287.3 billion Euro in Germany in 2010, equivalent to 11.6 percent of gross domestic product (GDP) this year and about 3.510 Euro per capita.