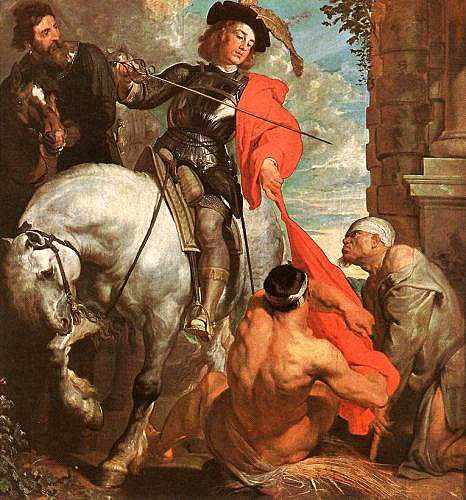 On the 11th day of the 11th month at exactly 11 minutes past 11 o’clock a.m. St. Martin’s day is celebrated. It is mostly favored by youth and rural population. Martin, the bishop of Tours, lived in the 4th century. The soldier in his past, he was given this title due to his exemplary way of life. The best-known legend connected with St. Martin is the dividing of the cloak, when Martin, then a soldier in the Roman army, tore his cloak in two to share it with a freezing beggar at Amiens. 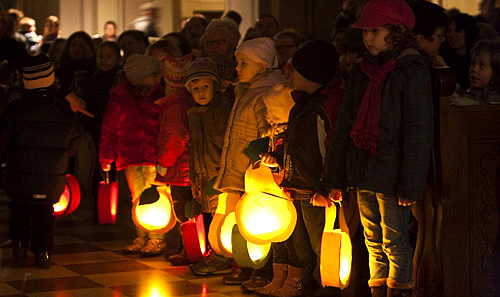 Actually, this holiday originated from France, then spread to Germany, Scandinavia, and Eastern Europe. It is considered to be the most popular of all the saints’ days. St. Martin’s day celebrates the end of the agrarian year and the beginning of the harvesting. The second meaning of this day is the end of the period of all souls, that started on November, 1st with Halloween, or All Saints’ Day. That is why St. Martin’s day’s activities resemble those done on Halloween. People, mostly children, walk down the streets with lanterns and torches, and sing Martin’s songs (namely, “Ich geh mit meiner Laterne”) praising the saint’s generosity. Then kids come into the nearby houses and by singing songs, dancing, or citing poems earn sweets, pies, or whatever the host can give them.

The symbol of the St. Martin’s day is the goose. There is a legend saying that geese have betrayed him with their gabbling when he tried to hide in a stall as he was to be appointed bishop. So, the birds are “sacrificed” being butchered on this day. This is a good time for that, as they are quite ready for harvesting. Moreover, the goose has proved to be multipurpose: feathers are used for pillows and featherbeds, quills are used for writing, the eggs are good for baking, the fat is needed for baking and can be eaten on bread, the bird makes a great “Braten,” and even the wing can be used for dusting!

Although Martinstag is a Catholic observance, German Protestants also consider November 11th a special day. On this date the Protestant reformer Martin Luther (1483-1546) was christened, making it his Tauftag. It is celebrated in much the same way as Martinstag: “Jedes Jahr am 11. November feiern wir den Tauftag Martin Luthers mit Reformationsbrötchen und Lampionumzug.” (Every year on the 11th of November we celebrate the christening day of Martin Luther with Reformation rolls and lantern processions.) In Dresden and most of Saxony (Sachsen) the traditional baked goods are known as Reformationsbrot rather than -brötchen because it is a loaf weighing between 500 grams and a full kilogram.