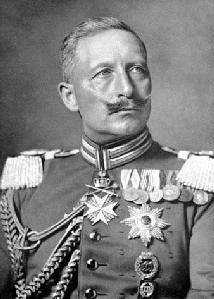 German women in the past and Kaiser’s neat definition of the women’s role in a society
Back in the 19th century, Kaiser Wilhelm II defined a role for women (later taken over by the Nazis) as “Kirche, Küche, Kinder” (church, kitchen, children.) This definition could only appear in such a country as Germany where the women’s movement has always been weak if at all present.
The obstacles the women had to face were the unstable, constantly vacillating history and governmental policies of Germany, as well as the patriarchic society and the control it had over many aspects of women’s lives.

Throughout German history, women have always been considered inferior to their male contemporaries. These attitudes eventually developed into the laws, customs and religions of the various cultures that Germany has seen. This was especially true of the ancient German nomadic tribes. In tribal societies, females were expected to be involved only in domestic issues. They were first under the control of their fathers before marriage and then – of their husbands after marriage. Women were not given any independence from their husbands or fathers. If they were widowed, law required them to acquire a male guardian for their children. What is more, the male children were considered more important than the female children. As a result, women could not inherit any land from their father’s estate.

In the Middle Ages, women were still subordinate to men. They could not be active in the political life of the society. This discrimination was upheld by the Christian prejudice against women. They were often excluded from church participation in the Middle Ages. As late as 1700, women were not allowed to sing in churches.

The attitude toward women began to change throughout Europe at this point. Many men began to realize that women would be better mothers and wives if they were educated in intellectual matters as well as in cooking and housekeeping. This resulted in the encouragement of aristocratic women to pursue an education, although not a professional education at the university. However, women were not encouraged to compete with men. Instead, they were urged to be familiar with various intellectual subjects, but not too familiar. Even so, many influential male thinkers of this era, such as Humboldt and Goethe, still did not feel it was proper for women to be educated in this manner. 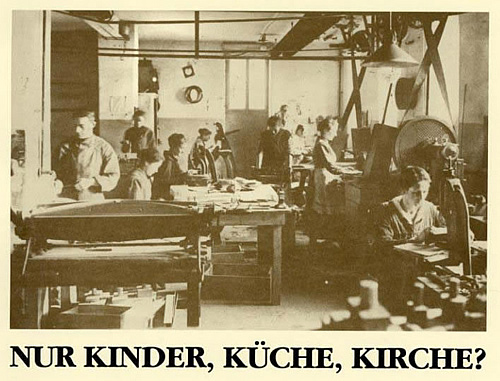 In the end of the 18th century, this point of view began to fade. The newly emerging bourgeois society did not favor the education and liberation of women throughout modern Western society. As a result, women all over the world, including Germany, lost many of the advances that they had made during the previous century. This occurred due to the bourgeois belief that a woman’s “place” was to take care of the household, that she did not require an education outside of the home and that it was not natural for a woman to be involved in politics. This opinion was portrayed in popular German culture of this time by (among others) the German composer Richard Wagner and also by the philosopher Friedrich Nietzsche. The saying of those days was, “…he who loves his wife too passionately destroys the marriage.” Although there was some call for women’s equality during the 19th century, the bourgeois society, afraid of women’s intellectual liberation, was against any extension of civil rights. As a result, the messages of many 19th century “feminists” such as Dorothea Schloezer, Caroline Boehmer, and Dorothea Veit went unheard for the most part. The 19th century was just the first instance in which the patriarchic society dominated and suppressed women’s calls for equality. Women were still not strong or organized enough to fight the long-standing tradition of male dominance.

Finally, in the beginning of the 20th century, women began to make more progress in their struggle for equal rights. Weimar Republic (1919-1933) gave women numerous freedoms (as compared to the past) and a chance to expand their privileges in German society. The most important gains at that time were the secondary education and the right to vote. There were even 111 female representatives in the Reichstag.

This small progress toward equality ended when Adolf Hitler came to power in 1933.