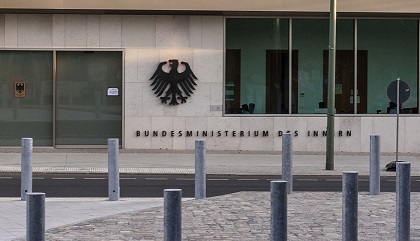 The German legal system is the product of many centuries of development, starting with the tribal laws of the first Germans. Those indigenous customs were influenced and changed under Roman law and later by the laws that prevailed in the Holy Roman Empire. Feudal law also had a strong influence. When more formal law and legal institutions appeared in the eighteenth century, codes of law and police systems were left to the individual territorial entities. The codes that evolved were mixtures of German, Roman, and ecclesiastical law.

The drive toward political unification during the nineteenth century was accompanied by a trend toward legal unification, especially in commercial matters. In other areas of law, however, the prerogatives of each political entity still governed. Only after the achievement of political unification under Prussian dominance in 1871 was a start made on drawing up German legal codes.

The codes and laws on police and penal institutions adopted after unification showed in varying degrees the influence of the Napoleonic Code. Patterns were established that, despite modifications, continued to prevail. The most important of the early models were the Penal Code of 1871, defining three classes of imprisonment still in use in 1995; the procedural codes of 1877; the law of 1877 establishing a unified court system; and the comprehensive Civil Code, which took effect in its full scope of 2,385 paragraphs in 1900.

Parallel with the courts and laws, there developed a structure of penal institutions and a police system, both characterized by the efficiency for which German administrative organs had long been noted. Although their administration was somewhat relaxed during the Weimar period (1918-33), these bureaucracies tended toward rigidity. The police and penal authorities saw their positions and responsibilities as servants of the state as overshadowing any obligation of service to the people.

When the Nazis came to power in 1933, they capitalized on the tendencies of the legal bureaucracy, centralizing control of the police and administration of the courts and making widespread use of special courts. Ostensibly, the laws and institutions remained the same. However, the spirit of the law and the legal system were gradually and totally subverted by the agenda of the Nazi leadership. When the “sound instincts of the people” demanded it, as interpreted by the Nazis, the rule of law was completely ignored.

The impact of Nazi ideology was greatest on the Criminal Code and the Code of Criminal Procedure. The Third Reich greatly broadened the definition of criminal activity, particularly in the category of crimes against the state, and made punishment much harsher. The Code of Criminal Procedure was distorted almost beyond recognition by the activities of the Nazi-inspired People’s Court, in which those convicted of crimes against the state were often sentenced to death. In twelve years, an extensive network of special and summary courts of indeterminate jurisdiction was developed.

The police, whose powers and responsibilities were significantly broadened, became tools of the ruling party under the direct control of the minister of interior. The regular police–including city and town forces, motorized gendarmerie in rural areas, and administrative police, who administered codes and regulations–were supplemented by much more powerful internal security units. These included the Security Police (Sicherheitspolizei), which incorporated the Criminal Investigation Police and the Border Police, as well as the newly formed Secret State Police (Geheime Staatspolizei–Gestapo). Two other of Hitler’s organizations, the Storm Troops (Sturmabteilung–SA) and the Guard Detachment (Schutz-Staffel–SS), in company with the Gestapo, became infamous as instruments of Nazi brutality.

After World War II, each of the Allied authorities permitted the formation of West German police forces, although under terms that reflected their own police structures and traditions. In all three Western zones, however, the police were decentralized, democratized, and demilitarized. Some restrictions were lifted within two years as Cold War tensions grew, and certain police functions necessitated central rather than local direction. The Federal Border Force was created to handle special functions that overlapped Land jurisdictions. In addition to this force, federal agencies were created to handle interstate criminal matters and overall security affairs.

The Ministry of the Interior is responsible for internal security and the protection of the constitutional order, for civil protection against disasters and terrorism, for displaced persons, administrative questions, and sports. It is host to the Standing Committee of Interior Ministers and also drafts all passport, identity card, firearms, and explosives legislation. The ministry also houses the Joint Anti-Terrorism Center formed in 2004 which is an information-sharing and analytical forum for all German police and intelligence agencies involved in the fight against terrorism.